The World’s Most Valuable Gold Coin: A Short Tale 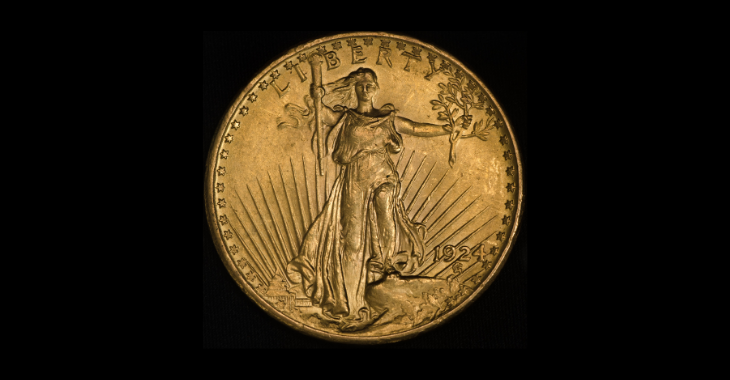 With only a single coin in private hands, the U.S. 1933 Saint-Gaudens Double Eagle $20 gold coin has a background made for a movie thriller. In 2002, one of these coins sold at auction for $7.6 million, including the auction fees.

History of the Most Precious Coin

The sculptor Augustus Saint-Gaudens designed gold coin was minted and distributed by the U.S. government from 1907 to 1932. In 1933, in an attempt to end a banking and financial crisis, the U.S. government made it illegal for citizens to own gold in any form and stopped recognizing any coins made of gold as legal currency.

However, by the time the new law was signed into law, the U.S. Mint in Philadelphia had produced 445,500 of the 1933 version of the Saint-Gaudens Double Eagle coins. The U.S. mint made the decision to melt down the 1933 version of the coin. Two examples were presented to the U.S. National Numismatic Collection for museum display and the rest were believed destroyed.

However, all of the 1933 Double Eagles were not destroyed. According to the most reliable evidence, at least 20 of the coins were secreted out of the Philadelphia mint and end up in the hands of a local jeweler. The coins eventually started showing up in the clutches of coin collectors and the U.S. Secret Service went on a multi-decade hunt to recover the illegally taken coins. The last 10 coins known to exist were recovered in 2005.

The one Saint-Gaudens Double Eagle now known to be in private hands was sold at auction by Sotheby’s in New York in July 2002 and purchased by an anonymous bidder. The coin was “monetized” by the U.S. Treasury for a cost of the $20 face value and $3.3 million of the proceeds from the auction went to the Treasury.

Watch Out for the 1933 Saint-Gaudens Double Eagle Coin

The legally sold 1907-1932 Saint-Gaudens Double Eagle coins have tremendous collectors values, worth thousands of dollars each. So if you come across and U.S. $20 dollar gold coin, make sure you check the year. Maybe more than 20 escaped from the mint in 1933.