When shopping for gold and silver bars and coins, you want to choose a supplier you can trust. The good news is the Perth Mint is a trusted source of all gold and silver bullions and coins with ownership and backing through the Government of Western Australia. MyGold® is a primary and the largest official distributor of Perth Mint bullion products in New Zealand.

History of the Perth Mint

The Perth Mint was originally created as a branch of the 1,000 year old Royal Mint of Britain. In 1970, the Perth Mint was transferred to the Western Australian Government. The Act of State Parliament in 1987 created the Gold Corporation to operate the mint. Today, the Perth Mint remains the exclusive manufacturer of the collective pieces from the internationally lauded Gold and Silver Bullion Coin Program from the Australian Federal Government. The Perth Mint’s agreement with the Commonwealth Treasury also permits their operator to mint and market gold, silver, and platinum Australian legal tender to both investors and collectors around the globe.

Historically, the Perth Mint has achieved worldwide recognition for breaking gold records. In 2011, the Perth Mint cast the Australian Kangaroo One Tonne Gold Coin—the largest and most valuable gold coin ever created. The current estimated value of the coin is $50 million AUD.

Benefits of the Perth Mint

By purchasing coinage and bullion from the Perth Mint, you are protected under a government guarantee that sets stringent guidelines for the obligations required by the Perth Mint Depository. Western Australia has the distinction of being Australia’s wealthiest states with a host of natural resources at its disposal. Economic growth in the area was fuelled by the 19th Century Gold Rush of Western Australia. Later, there would be further commercial growth through the refinement of oil and minerals. 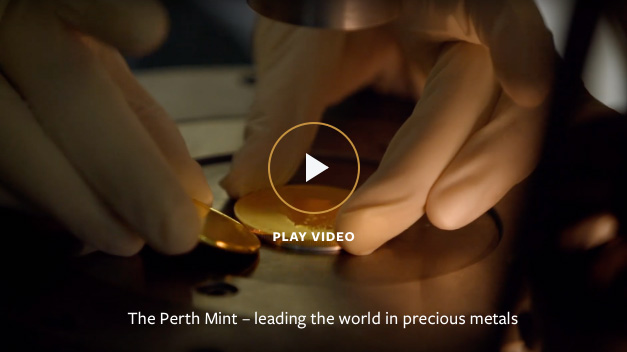 Coins from the Perth Mint all contain an effigy of Australia’s reigning queen, Queen Elizabeth II. All bullion bars are stamped with the official Perth Mint logo, a registered mark from the London Bullion Market Association. This mark is meant to showcase the Perth Mint’s expert background in the production of 99.99 percent pure gold and 99.9 percent pure silver. The Perth Mint has a stellar reputation with more than 30,000 clients located around the world. Instead of asking clients to take physical delivery of the precious metals, their highly secured vaults are home to gold and silver worth more than $3 billion AUD. All precious metals stored by the Perth Mint remain covered by their government guarantee.

A Wealth of Precious Metal Products to Choose From

While the spot price of gold or silver is typically the main factor in determining its value, the shape, form and limited-mintage can be a value-added attribute as well. The most popular products from the Perth Mint show a distinct Australian flair, an homage to the country of their creation: 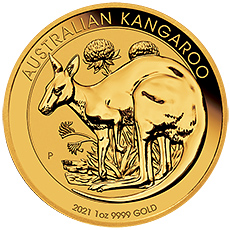 The “Gold Roo” is a favourite among New Zealand gold collectors for its minting quality and depiction of a standing Kangaroo.
View Details > 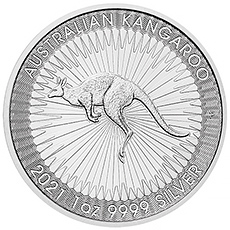 Struck by The Perth Mint from 1oz of 99.99% pure silver, the coin is issued as legal tender under the Australian Currency Act 1965 with an unlimited mintage.
View Details > 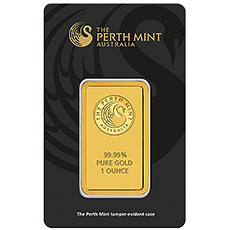 Gold bars from the Perth Mint can be identified by their premium features, such as the distinct “hopping kangaroo” design and Perth Mint logo stamped on each bar, as well as a the black display card, made with tamper-proof design for peace of mind.
View Details > 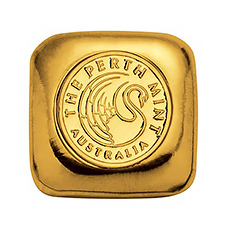 It’s time to enjoy your gold bullion and precious metal collection, secure in the knowledge you’ve bought from the best. MyGold® is the largest Official Perth Mint Authorised Gold and Silver Distributor in New Zealand. Our knowledgeable and friendly experts are ready and waiting to help you start or bolster your precious metal investments today. If you have questions – which gold denominations are best, which gold coins are the most popular, how quickly can you start your gold coin collection, and so on – we’re here to provide you with the answers you need and stellar customer service as well.

Come see for yourself why the Perth Mint chose us as a trustworthy distribution partner – and why our clients continue to recommend us to friends and family. We’re looking forward to being your source for the best gold buying and selling service in New Zealand.