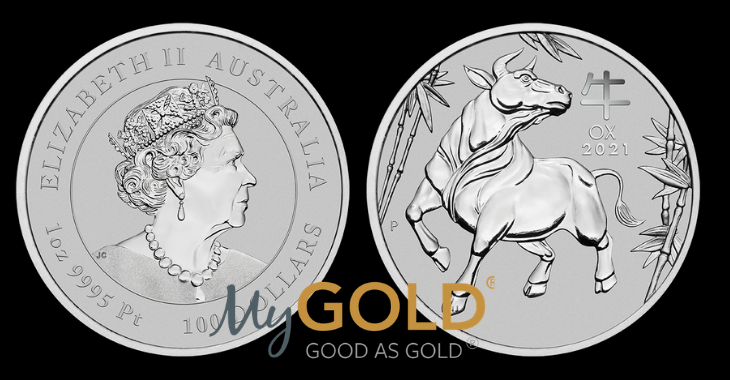 If you are like most people, you have heard of platinum and might even know a little bit about the precious metal. Yet the average person is somewhat unaware of platinum’s value and utility as well as the reasons behind the demand for this metal. The little known truth is that platinum actually provides some of the same benefits as gold and silver. Let’s take a look at the details of this valuable precious metal.

Platinum usually trades around the same price as gold. Its price fluctuations also typically align with those of gold and silver. The typical investor usually chooses platinum bars along with platinum coins for his portfolio. Investing in platinum really is an excellent way to diversify your holdings and spread out the risk across an array of metals and other commodities.

Though platinum is commonly sold in either coin or bar form, other platinum products are also available. Sure, there aren’t as many products on today’s market with platinum as there are products with gold and silver. Yet investors of all levels will find that there is an array of platinum products and brands to choose from. There should be no doubt that this is an “investable” metal that has the potential to spike in value across posterity.

One of the most common ways to invest in platinum is through platinum bars. Investors will be interested to know that platinum bars are actually the cheapest way to purchase an ounce of platinum. Such bars usually sell in fairly small gram sizes, including 1-10 troy ounce sizes. In general, the one-ounce bars are the most popular. Investors will be happy to know that the purchase of a large piece of bullion results in a more affordable premium compared to the platinum spot price. This is precisely why investors are encouraged to purchase the largest bar they can afford.

Some mints even produce platinum bars with special designs. As an example, the Valcambi 1 ounce platinum bar is made with .995 platinum. Its design features the refiner’s corporate logo, bar weight, purity, and metal content. Another common example of platinum bars featuring designs is the Credit Suisse Liberty Design. Available in both a 1 gram and 5 gram weight, this bar features an image of the Statue of Liberty along with the bar’s serial number, metal content, purity, weight etc.

Anyone who is considering investing in platinum bullion should give strong consideration to platinum coins. Government mints create platinum coins with a face value of each respective country’s currency. Yet the actual value of the platinum used in the coin is more valuable than the coin’s face value. In general, platinum coins tend to cost more than platinum bars. Some of the world’s most beloved coins are struck with platinum on an annual basis. Examples include coin series like the Australia Platinum Koala and the American Platinum Eagle.

The design of the American Platinum Eagle actually features a new reverse design each year. The face of the coin shows the Statue of Liberty peering into the future. The Australian Platinum Koala is also revered for the fact that there is new depiction of the koala every year. The same cannot be said of the comparatively static Gold and Silver Koala coins. The reverse side of this coin depicts Queen Elizabeth II’s image. Each of these coin series is struck with .9995 platinum. It is worth noting that platinum must be refined to this level in order to qualify as “pure”. 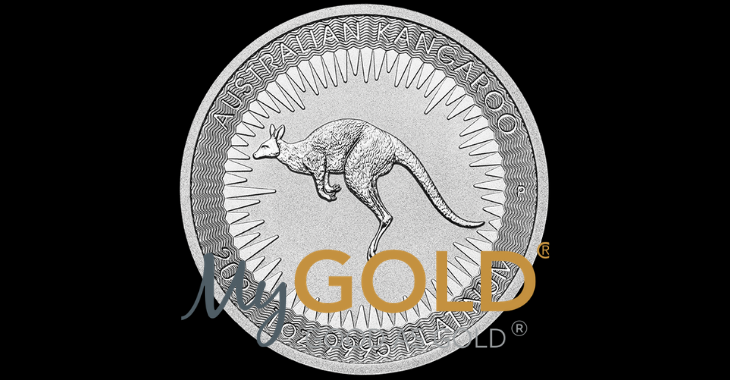 Why so Many Investors are Interested in Buying Platinum

Though platinum does not have as extensive of a monetary use throughout history as gold and silver, it is quite rare. Its rarity is precisely why it is valued as an investment as well as for its use in an array of industries. Over three-quarters of the globe’s platinum supply is from South Africa. Its prices hinge on supply and demand as well as South African labor issues. Throughout history, platinum has traded at a fairly large premium to gold, making it quite a tempting investment at contemporary prices.

Platinum is Available Through MyGold

MyGold is proud to sell the 1 oz Perth Mint Platypus Platinum coin throughout New Zealand. The Perth Mint introduced this coin as a complementary piece to Australia’s bullion coin program that was primarily made up of gold and silver pieces.

The Australian Platypus coin depicts the mammal diving into the water. It also bears the Perth Mint’s official “P” mintmark. If you are interested in this coin or buying platinum, do not hesitate to reach out to MyGold for more information. We are your “go-to” merchant for platinum, gold, and silver.