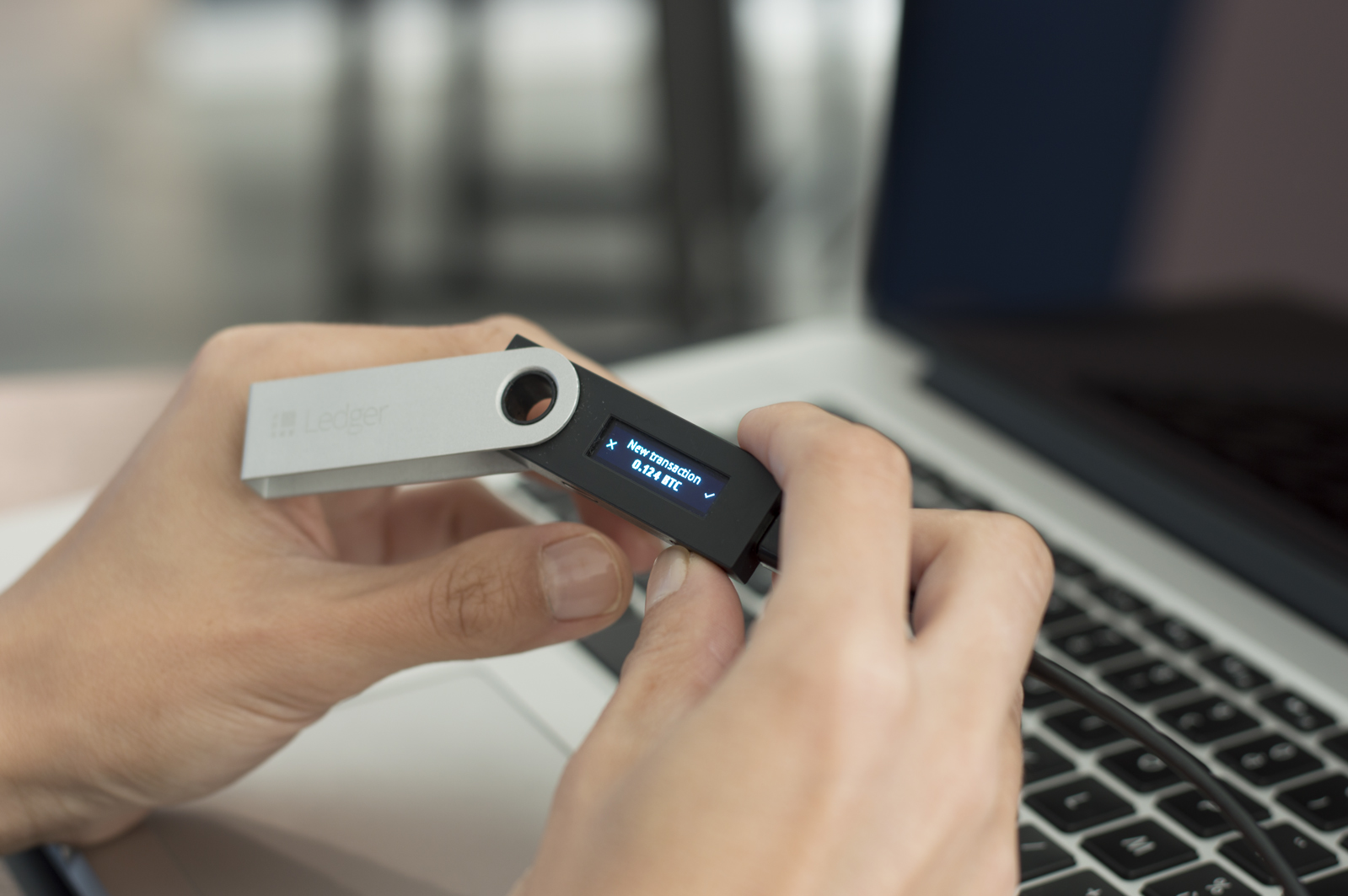 Once you’ve taken the initial step of investing in Bitcoin, choosing the best Bitcoin wallet is the next important decision you’ll have to make. Fortunately, most of the experts in Bitcoin at the moment agree that the best hardware wallet out there currently is the Ledger Nano S. That makes our job easy.

We could go on about the pros and cons of comparable wallets since there are quite a few good ones on the market but the fact is that at the time this is being written, the best cryptocurrency wallets are either as good, or worse than the Ledger Nano S – and only the Ledger Nano S has that luxury powder-coated finish.

The Nano S is the least expensive hardware wallet available at the moment with a LCD screen. It’s also very easy to set up on any computer. That’s a major advantage, especially if you are using an OS like Linux Fedora, for example.

The Ledger Nano S is different from its predecessors only in that it has a display screen, another major advantage of the screen is that, if you find yourself having to use a computer that has been infected with malware, you can use the screen to access your data without endangering your hardware wallet. That’s a big advantage.

We at MyGold sell the Nano S for $300 NZD, which is about the middle range among the competition and is really pretty affordable. If you can afford to be investing in Bitcoin, there’s really no reason to go for the cheaper models.
The Nano S has a number of valuable security features that make it a great choice.

The first is the physical buttons on the casing of the Nano S. In order to make a payment and release Bitcoins from the wallet, you have to press both buttons at the same time. There is no software option that gets you through this security gate, only the buttons do the job. That means no hacker can possibly access your wallet and make it release Bitcoins. In order to steal your Bitcoins, a thief has to be in physical possession of your Nano S, and have your pin code.

In addition to the buttons, you also have to enter a PIN code to access your Bitcoins, so, even if a thief did manage to nab your wallet, he would also have to have the four-pin.

Another bit of security that the Nano S offers which not all wallets do, is the anti-tamper seal. It ships with a tamper-proof piece of tape which shows you that no one can have fooled around with your hardware wallet before its arrival. If your Nano S comes with a broken seal, ship it back, it’s not fresh.

Setup for the Nano S is probably the easiest among all the hardware wallets. Simply plug it into a USB port to turn it on. Then you will be prompted to create your 4 digit pin code. Then press the hardware security buttons we talked about above and it will accept. Again, no hacker can alter your code because of those very handy physical permissions buttons. After you set the pin, you’ll be asked to write down your 24-word recovery phrase. Once you’ve done that, you’re ready to store your Bitcoin and be on your digital way.

Here at MyGold, New Zealand’s only Bitcoin & Bullion Exchange, we currently have the Ledger Nano S in stock and we feel the Nano S is the best value at present.

To learn more about the Ledger Nano S and Bitcoin, get in touch today. A representative is standing by to answer your questions.