Gold is the Safest Currency 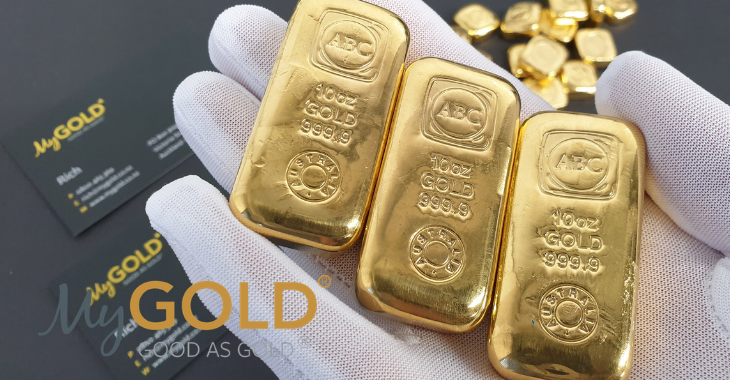 An Argument for a Gold Currency Standard

Gold won’t be the solution for everything, and it has a poor record for stopping the global conflict. Those things will happen regardless. That said, gold has been and will be the go-to alternative when the banking system can’t perform. And that’s happened more than once already. The fact is, gold is a functional replacement for the current monetary system that is, essentially, rigged for bankers, politicians, and the wealthy. While economic distress and inflation corrodes any other market and monetary value, gold often retains its worth and can grow in challenging times without any ability for government to control it or, even better, stifle it.

Before paper currency was ever invented, gold was the basis for money and financial stability. Countries used it then to back up the currency they began to issue, creating what was known as the gold standard. It wasn’t until after World War II and the massive shifting of gold to the U.S. to escape the hands of the Nazis that the old system was weakened enough to replace it with a new concept at the time, the economic market value of the country, solidified in the 1970s.

Today we know it better as the gross domestic product or GDP. This estimation game is the fundamental building block of modern currency and how banks are able to balance their borrowing with the national country’s reserve. But if one looks closely, there’s nothing there but paper.

A return to a gold currency actually provides a real basis for currency and a country’s economic worth. And because only a finite amount of new gold can be produced, the existing amount provides a very stable value economic basis. No sudden new supply can flood the market because it doesn’t exist. Rather than betting on inflated speculation economies, gold provides a hard, quantifiable basis for economic worth. To learn more, visit our website at MyGold.

Gold as an Alternative Currency

Modern communities and peoples have become so used to paper currencies, even digital credit systems, that the idea of gold as the basis for money seems archaic, even something straight out of a history book. Yet, in reality, gold has been a currency for centuries in world history, maybe even further back before known records existed. The precious metal retains an intrinsic value regardless of how modernized we become with technology and the advancement of society.

Like other currencies gold has a value, it can be traded for other value like a commodity, and it is accepted as the value in all societies. Unlike modern currency, however, gold is not controlled by any government. And that makes it an ideal asset to have when government currencies become unstable, as well as investments based on the economic strength of the government like the public stock market.

Gold can be and has been a solid defense during times of high instability. For example, Germans who purchased and saved American gold coins between the world wars became extremely wealthy when the country’s economy went into hyper-inflation after World War I. Everyone else became paupers, literally.

So, while it is unlikely that modern governments will automatically switch back to gold as money anytime soon, that doesn’t stop the private investor from building a personal reserve in gold for challenging times. We can teach you how online at MyGold. And you can talk to us in person at our store in the center of Auckland’s business district only 200 meters from Sky Casino and the Auckland Sky Tower. Come by and visit and find out more. An investor can be forgiven for asking why gold, especially when there are so many other options for investment today. Everything from foreign exchanges for currency trading to public stock to real estate can be used for investment purposes. So why even consider something archaic like gold in the modern age of high-tech trading?

Gold has one thing in common that most other investments don’t – it’s not controlled by any particular government or economy. Gold floats freely on the open market and can be traded both formally as well as informally between private parties. There’s no need for a license, brokerage, or certified agent to do so. Gold also retains value when all investments based on a given country’s economy start to go sour, making it an extremely attractive hedge during downturns and economic corrections.

Most importantly, however, gold has both retained investment value through very complex times over the last two decades as well as grown at a rate of 15 percent annually in the last decade, averaged out. Most regular investment portfolios can’t match that performance.  So, if as an investor you’re asking why gold as money or a hedge, then the better question is why you don’t have gold in your portfolio yet.

Find out more at MyGold online as well as at our store in the centre of Auckland’s business district and just 200 meters from Sky Casino and Auckland Sky Tower.