How Do You Check if a Krugerrand Is Genuine? 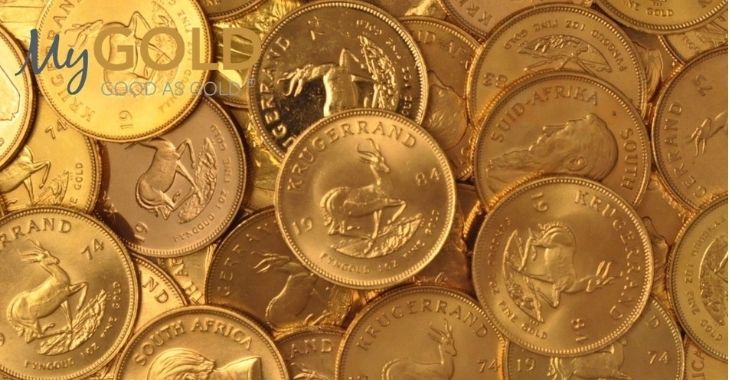 While technically issued as South African currency, no one who has a Krugerrand of their own would be silly enough to mistakenly spend that coin as South African money at a local store or pub. These precious metal coins have for decades represented some of the finest goldsmithing in coins worldwide, and they were sought after for years before the Internet arrived. Because Krugerrand coins were only produced by South Africa, their availability depended on how many made their way to Europe, the U.S., and Asia, often with considerable markup. And, many have been held by families for years, only to be handed down from one generation to the next as gold value continued to creep up year after year.

A Premium Form of Consumer Gold

Krugerrands have been one of the most traditional forms of bullion gold bought, traded, and transferred between consumers as well as businesses and the government for decades. In fact, the Krugerrand was a standard in pure gold for many years, and just about anyone with a diverse wealth portfolio had a few of these coins locked away in a deposit box as a backup financial safety plan. Unfortunately, that popularity also led to a large number of fake coins being distributed on the market as well, primarily to dupe people out of their real money in exchange for a fraudulent coin. By the time the buyer was aware, the seller was usually gone and nowhere to be found.

However, today, spotting fake Krugerrand coins is still a necessity any time one deals with gold. And there are a number of basic tests one can apply that will send red flags regarding a potential risk when it appears. There are some very good fakes being produced today, but they are not in wide circulation. That works to the benefit of consumers wanting to protect themselves, since poor fakes are easier to detect. Here’s how to stay out of financial harm’s way.

Only Buy from Professional Dealers

Yes, it is quite possible to find gold Krugerrands for lower prices through private sales. However, one’s risk in ending up with a fake also skyrockets as well. Professional dealers operate licensed businesses that are regulated by local municipalities. They cannot afford to get into the nonsense of passing fake coins; the response could range from losing their business and shutting down to serious criminal penalties. As a result, professional dealers will do everything in their power to make sure their inventory is genuine, authentic bullion. And when a fake is found that slipped through, they take the loss versus the consumer, providing a barrier of protection for their inventory actually offered to the public. 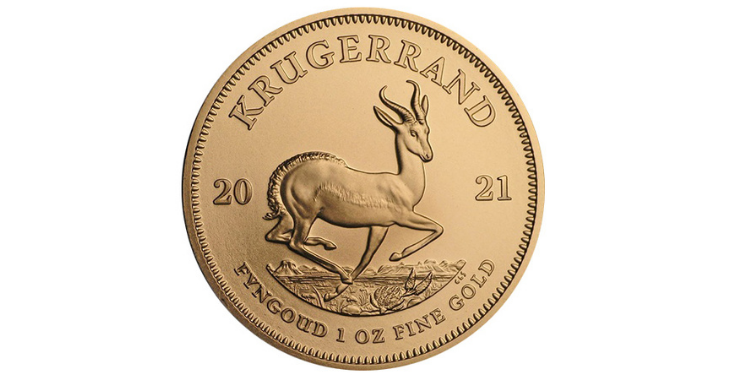 Physical Tests Anyone Can Do

Gold has a number of qualities about it that aren’t shared with other metals. That makes it unique and easy to differentiate. A user who knows these facts can easily focus on aberrations from known physical standards for gold to find potentially fake coins.

First, gold is not magnetic. It doesn’t respond to magnetism how iron or steel would do so. A simple magnet test waived closely over a coin will catch any magnetic base material, even if the coin looks like a Krugerrand on the outside.

Second, gold has a specific weight that is lighter than other metals. That makes it very hard to make a fake gold coin with a heavier metal, even if it is the same size and look as a real Krugerrand. Lead and steel both have more volume by weight than gold, and that density can’t be changed by sizing. The same goes for lighter metals. While they are often used, lighter metals like aluminum and nickel are spotted quickly when they don’t weigh the same as a known standard for a Krugerrand coin. To make things harder for frauds, the South African government freely provides the exact weight standards and sizes for all Krugerrand coins issued. Using these tools, the weight and size both have to match up exactly to even be considered possibly real. Most fakes can’t get past this test.

To make matters even harder, then there is a third standard. Krugerrands have to have a specific thickness. Again, with a simple micrometer tool and the known standards, a variation in thickness and flag a bad coin quickly as well.

Fake Krugerrands became a big problem when they started being produced out of Asia and were made from tungsten with a gold-plated finish. These coins were designed with weight, shape, and thickness in mind. Further, tungsten also was not magnetic, which made these versions harder to spot. However, colouring gave the Asian fake coins away. Tungsten-based Krugerrands tended to have a darker gold-yellow to their sheen than the lighter original Krugerrand look. It followed the Shakespearean quote, “Methinks the lady doth protest too much…” Not every fake was easily spotted by colour but many gave themselves away with this particular aspect under a careful eye.

The sound of a Krugerrand is also distinct. For someone who knows what they need to hear, a fake coin will sound and ring differently. Real Krugerrands give off a lighter, sharper tone when impacted on a table or glass surface. Fake metals tend to be deeper in sound.

Other aspects of fake Kruggerands, even with well-done fakes, include:

The Springbok horns are banded on the original coin and thick, but fakes tend to have thinner horns that are plain.

All of the above details and more are typical of fake coins being mass-produced with stamps that don’t have the time put into them to produce the requisite detail needed for a good fraud. Additionally, harder metals tend to not impress as well as real gold, which is much softer and malleable.

Of course, if one has the equipment and training, additional tests can be applied with a coin if the parties involved are willing. A chemical test will catch many issues where a coin is not made of gold. This can be a bit harder with a gold-plated coin, however, as the outer surface is in fact real gold. Electronic testing can also measure the physical make of a coin, but these are not the sort of resources most consumers have when looking at a coin in a private sale. Other testing methods include XRF(x-ray) testing of gold, and by using electrical conductance to detect plated gold coins and other fakes.

Instead of fussing with a lot of questions, testing, and guessing, buyers and collectors can easily obtain high-quality Krugerrands from MyGold in New Zealand. Every coin is certified as genuine by MyGold testers as well as protected and vetted prior to ever becoming part of MyGold’s inventory for sale. That gives you peace of mind as well as competitive pricing and reliability in a market where the number of fakes just keeps increasing everyday as technology used by scammers gets better and better. Don’t become another statistic online. By obtaining your Krugerrands from MyGold you can spend your time and energy enjoying your gold collections and bullion instead of filling out paperwork for theft that won’t be solved or recovered, a common story with private sales even in New Zealand. MyGold has your back and our customers have the highest satisfaction rating as a result.