Is Silver (SLV) The Next Big Short Squeeze After GME? The repercussions of the GameStop (GME) rush are still unfolding. Now, it appears day traders are planning to make silver (SLV) their next big short squeeze.

What Happened With GameStop?

GameStop is a corporation that heavily relies on a brick-and-mortar business model to sell games for computers and other electronic devices. The company, founded in 1984, has suffered greatly due to the coronavirus pandemic and lockdown restrictions. In fact, it was believed that GameStop would be another casualty of the times. Hope began to build, however, after the day traders began investing in GameStop.

The markets were flooded with interest for GME stock in January. There was much celebration about the gains, which valued GME stock at more than 100 percent of its previous value, initially. Then, short-sellers began to lose billions and the regulations started to build. Day traders ultimately sold off GME stock, which caused the corporation’s value on the market to plummet.

Who Was to Blame?

Some lawmakers rallied against sudden restrictions, which shut certain day traders out of the rush without prior warning. Others deemed the lack of more stringent rules from the start as the culprit in the GME event.

Yet, those who have more knowledge of the market placed blame on short-sellers. For the most part, a short-seller is one who bets on the value of a stock decreasing. Such an individual goes to great lengths, including marketing campaigns and other forms of advertising, to drive values down and, thus, cash in on his or her bet. GameStop was a clear target for short sellers with executives admitting that the company was practically headed for bankruptcy. The goal of short-sellers was ultimately to place all bets on GME stock failing to reap a harvest of a big payout.

Short-sellers are often regarded as manipulators of the market because of their drive to undervalue stocks to ultimately gain more. Day traders saw the plans of short-sellers concerning GameStop and basically decided to manipulate the manipulator.  Some criticized the day traders who short squeezed the market by temporarily investing in GameStop for the sole purpose of driving up sales. Still, there were those who laid blame on short-sellers who have been manipulating the markets for years and acting more as dealers than investors. 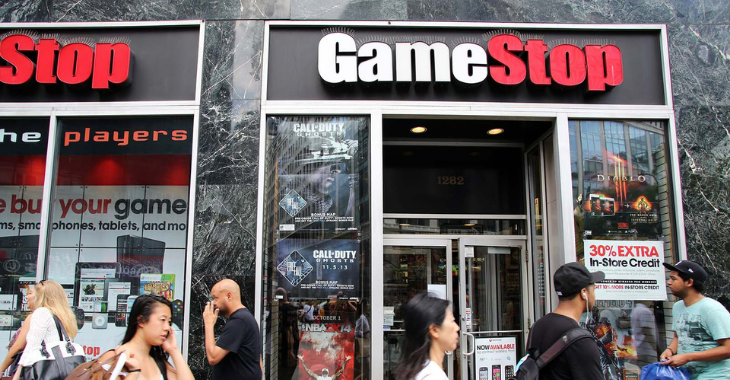 How Would a Silver Rush Look?

Silver would not have the same appearance as GameStop stocks being intentionally driven up by day traders. Contrary to GME, SLV values are based on actual physical property. Short squeezing the precious metal would require more production of silver to accommodate the sudden interest in the commodity. There may not be enough silver in the world to withstand a short squeeze by day traders determined to outsmart the system.

Still, it would not be too far-fetched for day traders to target silver next. One Reddit user recently wrote, “[The] Silver Bullion Market is one of the most manipulated on Earth. Any short squeeze in silver paper shorts would be EPIC. We know billion banks (sic) are manipulating gold and silver to cover real inflation.”

A Blast From The Past

Some may recall the Great Recession of 2007-2009 in the United States largely caused by banks preying on homebuyers with subprime mortgages that ultimately proved unaffordable. The value of both silver and gold skyrocketed despite billion-dollar banks attempting to convince buyers that there was little value in the precious metals.

Not many common day traders could take advantage of silver and gold values rising during the Great Recession of 2009. In fact, many individuals were forced to sell their precious metals to survive.

The coronavirus pandemic is still driving down the economy. Still, there are some day traders who can afford to participate in short squeeze efforts. Such persons would likely drive up the value of silver in the same fashion as GME stocks and quickly unload the stocks for a significant profit. The only losers in such a scheme would again be the short-sellers who work to present the notion of silver having little value. In essence, banks would suffer on a large scale if silver were the target of the next squeeze.

Is It Worth It?

Many Reddit users believe targeting silver is worth the effort. Banks, after all, have been taking billions from the “common man” or “common woman” for years. Why wouldn’t manipulation come their way? The problem with banks losing money, however, is the notion of a bailout.

The Great Recession, which was significantly caused by irresponsible banks, became an instance where financial institutions gained the most. Millions were given to banks to bail them out of the turmoil they created. Meanwhile, the commoner paid for the bailout while suffering the repercussions caused by recklessness. There is little doubt that the United States government would rush in to save banks if day traders targeted silver. Such salvation, though, would inevitably validate short sellers. Those looking to fight the powers that be may see short squeezing silver as the best way to “stick it to the man.” It seems, though, that “the man” always wins when the government is on his side. Those considering silver as a viable investment should pay attention to the Reddit chatter about short squeezing the market. It was, after all, Reddit users who orchestrated the GameStop rush.

It may not be the best time to invest in silver while day traders are considering the notion of tanking the market. Still, there is the possibility of a more swift recovery for silver should it be the next short squeezed stock. The precious metal remains in demand despite banks undervaluing silver in the public’s sphere.

There is a driving force behind silver serving as the next great temporary stock choice. Day traders should be reminded to not rush into any investment possibility even if the purchase is short-lived.

Buying silver to hurt big banks may not work in the same way that purchasing GME stocks crippled short sellers. There may be a possibility of the government strongly intervening on behalf of financial institutions, which would serve as the short sellers in such an instance, with the capital needed to withstand the rush.

Regardless of what day traders choose, the experts agree that buying stocks based on social media posts is not the best way to invest. Buyers should instead consider all their options and go with the best choice that more closely aligns with their personal needs.

Still, even with the advice of the professionals, it would be quite interesting to witness a short squeeze of the Silver Bullion Market similar to that of the GameStop rush. Unlike GME stocks that fell sharply as the squeeze began to die down, there is a bit of staying power for silver.

It may turn out that day traders seeking to disrupt banking come into substantial wealth through their scheme. Such would be a special benefit to those hit hard by the Great Recession of 2009, which permanently altered the lives of many. Perhaps, some investors would finally be able to recover their losses from the last financial crisis. There is, of course, always the possibility of buyers losing more than they put into the system. Such is the gamble that everyone takes when entering the stock market in the United States.

In case you still have any questions about investing in silver, contact our professional team. MyGold is trusted by thousands of individual and professional investors, offering competitive rates to fit all types of budgets. We proudly offer a broad selection and depth of silver products sourced from the World’s finest mints and our own signature products manufactured to the highest specifications.