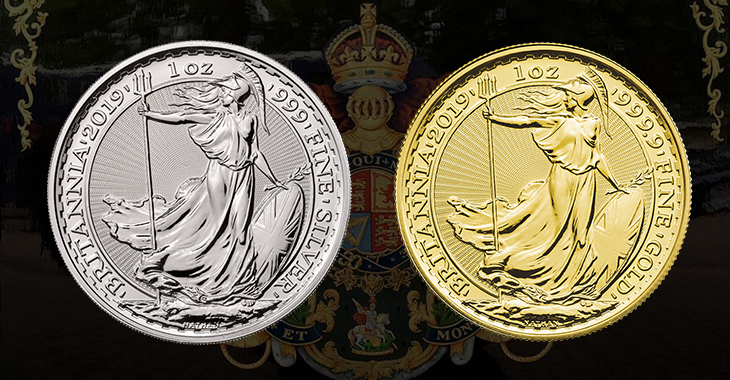 The Royal Mint is a government-owned mint responsible for producing gold and silver bullion for the United Kingdom. The Royal Mint produces British coins for circulation, but they also release commemorative coins, bullion coins and bullion bars.

Royal Mint’s history can be traced back centuries. In the year 886 AD, Alfred the Great began circulating coins with his portrait engraved on them. The production of these silver coins is considered the official launch of the Royal Mint. Although the Royal Mint wasn’t the first mint in history, the mint would go on to become the largest and most famous of all production houses. In the 13th century, the Royal Mint was placed in the Tower of London and would remain there for the next 500 years.

By the 1600s, minting was done by machine and more practices were put in place to prevent counterfeiting. In the early 1800s, the Royal Mint would be moved to Tower Hill, remaining there until 1980. The new Royal Mint was built in the countryside near Rhondda Valley and spreads across 30 acres. Modern equipment pieces were included to employ advance minting practices. Today, the Royal Mint continues their time-honoured tradition of selling platinum, gold, and silver bullion using live market pricing.

Besides minting, the Royal Mint has vaulting services available to clients. The Vault is located at the site of the mint and promises round-the-clock protection of gold and silver bullion. Coins and bars are kept in a secure facility while consumers hold onto full ownership rights. All holdings are insured so that client investments are completely protected until time of delivery or time of sale.

The Royal Mint specializes in crafting gold, silver, and platinum coins and bars. All precious metals are sold in a variety of weights and sizes. Flagship products include the Sovereign and Britannia lines. Precious metals range in sizes from 1 gram to 400 ounces. Popular denominations include the Sovereign, Crown, 50p, 10p, and 1p. Bestselling gifts and collectibles are offered with highlights including coin collector folders, commemorative coins, coins of the year, and historic coins. Gift collections are handpicked with coins highlighting a special event or honoring a historic figure. Past examples include the Tower of London Collection, Great Britons, and 50 Years of the 50p.

Mint and cast bars are readily available from the Royal Mint. Minted bars are more expensive because they go through additional processing to remove blemishes and have a uniform shape and size. The simpler casting process creates more irregularities and blemishes on the bars. Gold cast bars will always be priced lower than gold minted bars as they are faster to manufacture. Bullion bars from the Royal Mint will have the RMR logo and a unique serial number imprinted on the face. Fineness and weight will also appear on each bar for verification purposes. 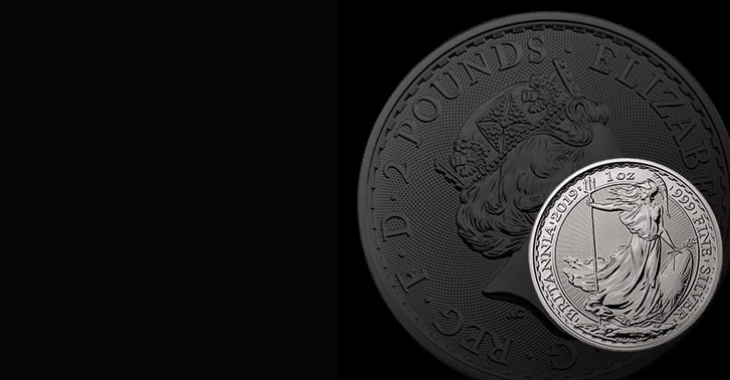 The Royal Mint has four bullion coin ranges available to investors and collectors. The most recognised and popular is the Sovereign. The Sovereign is considered the oldest coin in existence that is still produced today. The Sovereign features the famed depiction of Saint George and the Dragon by the 15th century engraver, Benedetto Pistrucci. The Sovereign is the flagship coin of the Royal Mint and continues to be one of the most traded coins in the world.

Additional popular coins from the Royal Mint include the Britannia gold and silver coins, Lunar gold and silver coins, and the Queen’s Beasts collection of coins. The Sovereign, gold Britannia, gold Queens Beasts, and gold Lunar coins are VAT free for non-VAT private individuals. Royal Mint coins are exempt from capital gains taxes for United Kingdom residents since they are considered legal tender by the government. Legal tender amounts are guaranteed by the Act of Parliament. In New Zealand, coins of 22ct/91.6% purity attract GST and therefore are not popular with investors.

Significance of the Britannia

Britannia coins have remained a top pick among collectors since its launch in 1987. The Britannia features the female interpretation of Britain and was first designed to represent the nation during Roman invasion times. In 119, Britannia first appeared on coins ordered by Emperor Hadrian. The female icon has a goddess-like appearance and the current figure, created by famous sculptor Phillip Nathan, stands tall with a windswept gown holding a trident, olive branch, and shield.

In 2013, the Britannia went through another transformation as the purest ever quality coins began to be minted. This includes versions minted from 999.9 gold and 999 silver. Later additions were made to the design to reflect changing times. Most recently, a speckled radial sunburst rendering appears at the back of Britannia. Britannia coins are CGT exempt in the United Kingdom (but not New Zealand). Britannia coins are verified through the centuries-old Trial of the Pyx—a ceremony held on an annual basis. The Trial of the Pyx was first started in 1282 and is used to verify that new coinage meets the standards set forth by the Coinage Act or Royal Proclamation.

Size options for the gold Britannia include 1/10 ounce, ¼ ounce, ½ ounce, and 1 ounce. With the Philip Nathan design on the reverse, the front of each coin features the profile of Britain’s reigning monarch Elizabeth II.

The Year of the Pig is the sixth Lunar coin of the successful Shēngxiào Collection and features a pig and her children with a peaceful country home in the background. The artist Harry Brockway—with the aim to honour the blending of Chinese and British cultures—created the design. Each piece of the rendering is meant to represent family, loyalty, and generosity. In 2020, the Year of the Rat will feature representations of traits for those who are born under the sign. Year of the Rat individual are said to be gentle, kind, giving, and loyal.

Coins are struck in 999 silver and sold as 1-ounce coins. Silver Lunar coins feature positive traits that celebrate each animal in the Chinese Zodiac. Each coin incorporates the number 8 into the design since the number is considered lucky in Chinese culture. Coin designs blend traditional British and Chinese elements to celebrate diversity. Many of the collectible silver coins from the Lunar series has a limited mintage to retain high value.

The Queen’s Beasts are the newest additions of beautiful collectible coins from the Royal Mint. All designs within the collection have been inspired by the magnificent beasts that stood guard at the coronation of Her Majesty. These sculptures of heraldic creatures were made in 1953 by James Woodford RA and were meant to watch over the young queen as she began her reign. The ten beasts featured include the unicorn, falcon, black bull, yale, red dragon, the griffin, the lion, white lion, white horse, and white greyhound.

Each of the coins represents a part of Queen Elizabeth II’s royal ancestry. The Lion of England was the first coin produced in the series and was released in 2016. Artist Jody Clark re-imagined all designs for the special collection and was responsible for creating the images for the reverse and obverse sides. On the front of each coin is Jody Clark’s portrait of Queen Elizabeth II.

The Queen’s Beasts were originally produced exclusively in silver and gold versions. In 2017, platinum editions of the coins were released. The 2-ounce silver coin from the Queen’s Beasts was the first of its kind released for United Kingdom bullion.

Silver coins from the collection have 999.9 fineness. A gold 1-ounce and ¼-ounce version is also available as part of the Queen’s Beasts collection. The gold versions are minted to bullion standards and contain a fineness of 999.9.