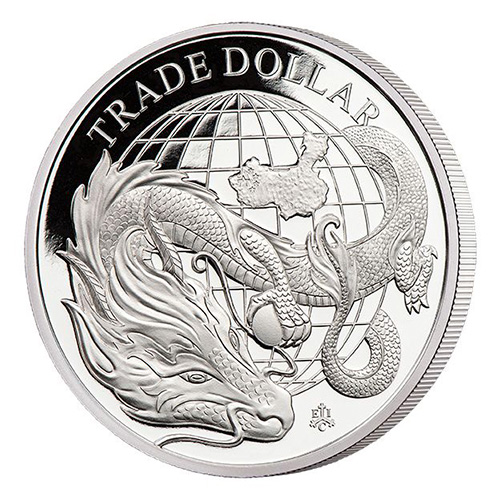 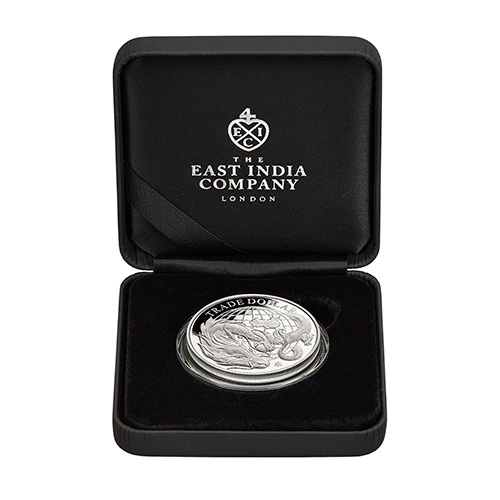 Trade Dollars had been used to facilitate international trade since the ‘Spanish Dollars’ of the 15th Century, and the first ‘Dragon’ Trade dollars were struck in 1889 with the coin’s weight in English lettering sitting beneath a traditional Chinese dragon. Now, the Chinese Trade Dollar is reimagined for 2021 by The East India Company, our stunning Proof finish emphasizing every detail of a new design that features a mighty dragon encircling the globe.

With a mintage of only 1,000, this coin is rare compared to the others in this trade series that have come before it. This limited-edition silver 1oz coin is presented in a luxurious presentation case along with a booklet and numbered certificate of authenticity.

The history of the Chinese Trade Dollar

Shortly after the death of Emperor Xian Feng in 1861, his concubine Cixi assumed control and ruled China as The Empress Dowager. Cixi was able to read, a rare skill at that time, and educated herself on domestic and foreign affairs, creating policies that would modernize China’s culture and economy. Recognizing the importance of making international trade as easy as possible she instigated changes in customs, weights and measures that enabled the creation of a standardized ‘Dragon’ Trade Dollar.