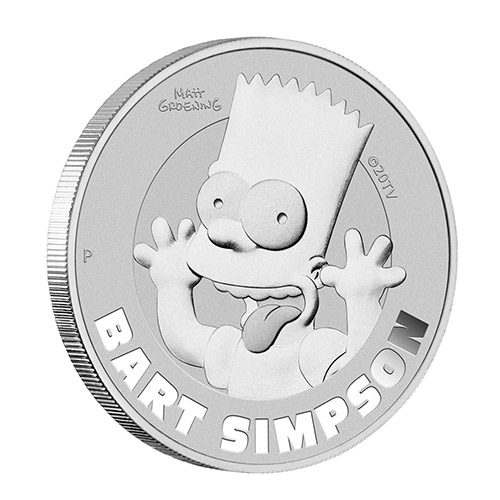 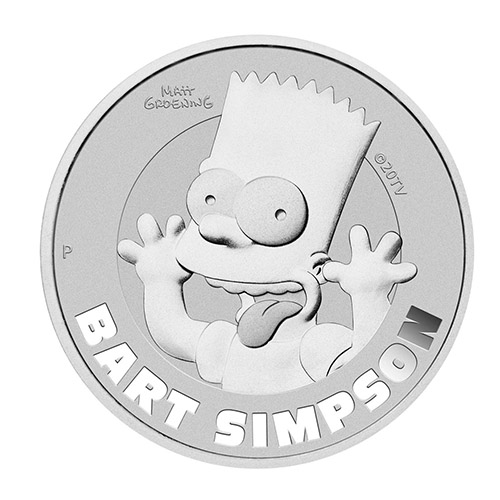 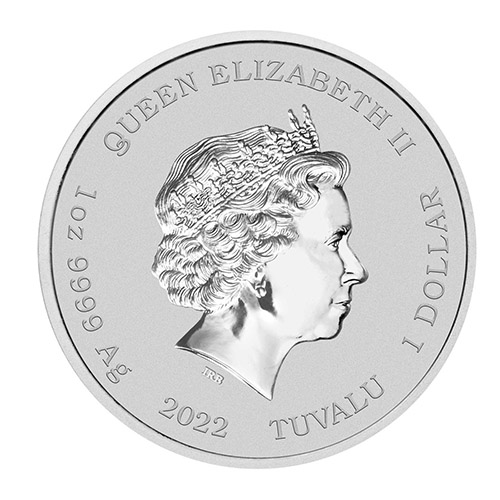 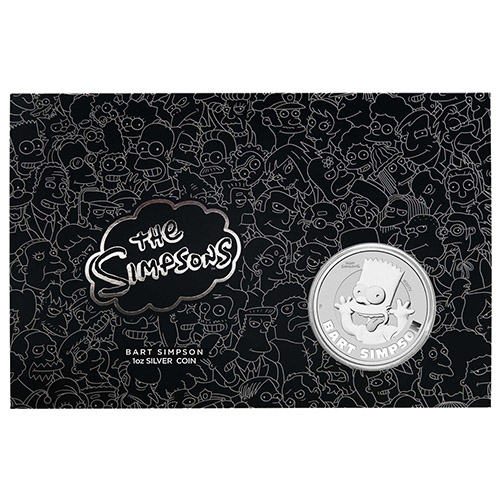 The Simpsons premiered as a half hour-series in 1989 and instantly became a worldwide pop-culture phenomenon, now seen across 60 countries in 20 languages. In 2018, The Simpsons reached an incredible milestone becoming the longest-running primetime scripted show in television history.

Struck by The Perth Mint from 1oz of 99.99% pure silver, the coin is issued as legal tender under the authority of the Government of Tuvalu.

The coin portrays Bart Simpson in a cheeky pose above an ‘incused’ inscription of his name, meaning the letters have been pressed below the surface of the coin by the die. The design also includes a representation of Matt Groening’s signature and The Perth Mint’s ‘P’ mintmark.