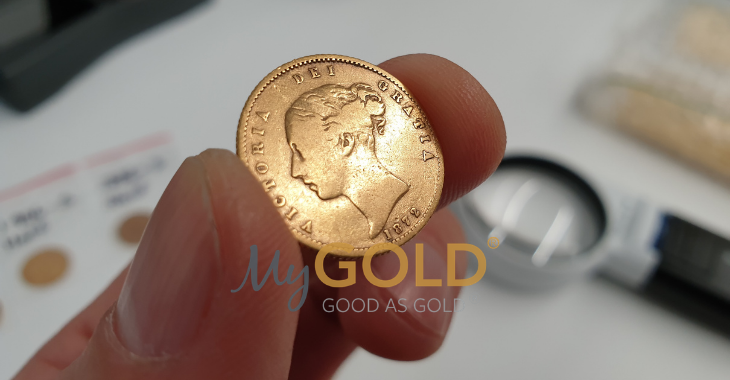 Selling your gold sovereign coins has numerous advantages. Buying gold sovereigns has been an integral part of investment plans for a long time for good reason. Historically, the price of gold coins will continue to increase, even when other investments face downward trends. Moreover, there is no risk of gold sovereigns becoming obsolete. The coins have been around since the 15th century and are considered the most recognized currency in the world.

Sovereign coins are minted by the British Royal Mint and were originally produced in the United Kingdom between the years 1489 to 1604. Sovereigns produced after the year 1817 were released in mass numbers, and they have remained the most traded gold coin on the market. Since 1979, the Royal Mint has released collectible gold sovereign coins for collectors and traders. The gold coin is legal tender and not subject to capital gains taxes. Modern gold sovereign coins have a face value of one pound sterling and come in both full and half sizes. The full-size weighs 7.98 grams while the half-sovereign weighs 3.98 grams. Sovereign gold coins in both half and full sizes share a common design—a profile image of the reigning monarch. Elizabeth II is currently featured on the face of the gold coins. On the reverse side, the production date is printed along with an image of St. George slaying a dragon. Gold sovereigns have a fineness of 0.9170 and include a copper alloy for improved durability. Gold sovereigns are minted from 22-carat gold with 7.31 grams of each sovereign pure gold.

Gold sovereigns are smaller than most other bullion. Investors prefer the smaller size because it adds extra convenience when buying and selling the coins. The coins hold their value even if paper currency changes value. The sovereign even has historical value, especially during times of war. During World War I, the sovereign was rendered on propaganda posters as a way to buildup support for wartime efforts. In World War II, British pilots were given the gold coins in case they needed to purchase their way out of hostage situations. In 1932, the sovereign eventually stopped being widely circulated as a pound coin due to the rising cost of gold. However, the Royal Mint took over the production of gold sovereigns as the demand for the coins grew, especially in international markets. A number of collectible sovereigns have a very high value. For instance, the 1937 sovereign for King Edward VIII is extremely rare and valuable because the coins were never circulated due to his abdication.

Interested in selling your gold sovereign coins? Contact MyGold today to learn more about the easy and fair selling process. As a New Zealand-based business, we are able to purchase gold sovereigns anywhere in the country. Transactions can be done in person at our Auckland location, but we offer a convenient courier pack service for those located in other cities in New Zealand. Courier pack services are free and very convenient with heightened security in place for all gold transactions. Kits arrive promptly and once gold is received and assessed, a no-obligation offer is sent to the seller. There are no hidden fees involved and payments are processed within 24 hours of offer acceptance. Any questions about selling gold sovereign coins or any other services, reach out to our specialists now.