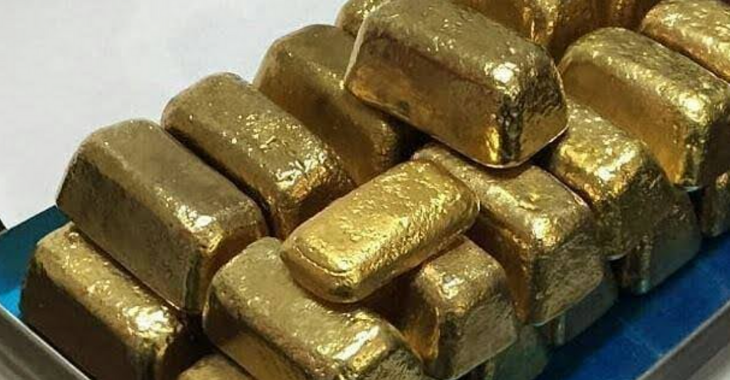 There are lots of intelligent people in the world. They’ve repeatedly proven their smarts by being amazingly successful, building up a significant amount of personal wealth, and making savvy decisions in their careers and life. However, amazingly, even these folks can be duped in scams that in hindsight seem so obvious, but at the time seem so attractive and worthwhile to pursue. That has been the case with African gold scams.

For centuries gold has driven people to take risks they wouldn’t even consider for other assets or even people. And when one gets offered a sizable stake in the precious metal, many are willing to take a jump at gold in ways that put themselves on the line considerably. And it really doesn’t help when that opportunity for gold is a scam that is enhanced and made even more convincing by cooperating government officials in the country that it operates in. Like most scams, the African gold scam had to seem real enough to be convincing, especially to experienced people who otherwise would not have even fallen for anything remotely similar. That was the case for the scam pulled off by Cassel Kuoh.

A Scam Starts With a Good Story

Kuoh had expected that his life was going to be like many of his peers, working in African mines for a basic living and watching the world pass by as he aged. However, this simple miner had the smarts to figure out how to pull of major fraud, netting dozens of millions of dollars doing so. However, he found a way to take advantage of the Internet, the fact that where he lived, Liberia, was well known for gold and diamonds, and what people believe is 99 percent perception and 1 percent fact.

From the outside, Kuoh looked like a success story made of African gold. He already had a name for himself providing charitable help of sizable amounts all over Liberia. By trade, Kuoh was titled a mine owner with direct access to both diamonds and gold, well worth a bank’s vault in fiat currencies. He was also the owner of a Liberian soccer team and a well-known name in-country by business standards and networks. Bottom line, Kuoh looked, seemed, and was referenced as authentic. Most importantly, he already had a networked reputation that preceded Kuoh. He was legit and traveled worldwide to meet partners. Who was going to pull a scam from Africa and then show up in person in New York City?

A Good Scam is Close to the Truth

Potential partners were not only provided samples to test stateside, they were also invited and catered by Kuoh back in Liberia. They got to see his facilities, the mining operation, Kuoh’s family, and more than a dozen or so government officials all of who vouched for Kuoh and his investment opportunity as being the real thing. Little did anyone know, all the government officials were in on the scam as well.

Kuoh did show folks real gold. He was a very good salesman too, bringing along bars and gold powers to client meetings to get people convinced. And there’s nothing like the gleam of real gold in sizable amounts to get peoples’ attention. However, what many prospects did not know was that the gold shown was simply props Kuoh borrowed from his government official partners. He never owned anything even remotely close to the value of the samples himself.

In some cases, the shows and props were even bigger than a few bars. In-country, Kuoh would arrange that sizable samples were delivered to meetings with clients by armored trucks and guards. The amount, the size, the paperwork, and the related certifications all looked and felt authentic. What the clients had that really appealed to them was an opportunity to cut into the supply if they paid for the paperwork and taxes to export the gold. Once they did and it was in their home country, the client could then sell the gold as desired and take a sizable portion of the profits. Kuoh would take his share, and the deal came across as a win-win for all involved. Prospective clients loved it and smelled big gains. 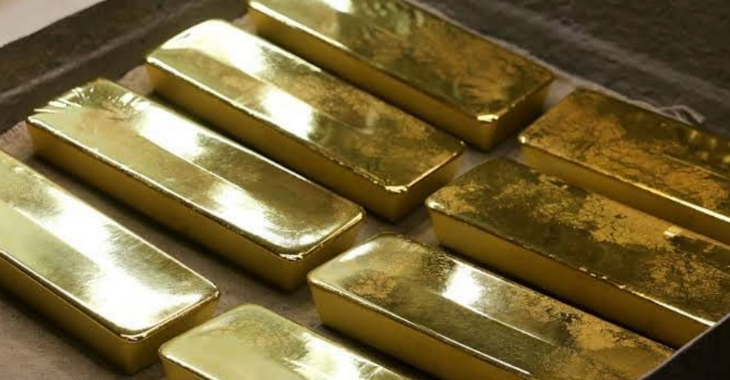 As Kuoh admitted later on, he had clients seriously committed to the deals from all over. Whether it was the U.S. or South Africa, New Zealand or Saudi Arabia, there were buyers. Kuoh didn’t discriminate; he had clients in Iran, Europe, Qatar, and Iran. Everybody wanted a cut in the gold supply Kuoh was offering. And the whole time, Kuoh knew his gold was a sham, provided by the Liberian government when needed to fool new clients and returned back to the Liberian banks when the show was over.

The scam wasn’t limited to just Liberia. Kuoh traveled a lot within Africa and gained the partnership of other country government officials as well. And every time a new client invested in the “partnership” Kuoh had the ready cash to pay off those officials as well as anyone else involved in the scam. It was a masterful Ponzi scheme at the expense of millionaires living halfway around the planet. And as Kuoh and his partners saw it, the redistribution of wealth was very much to their advantage in the process.

Of course, Kuoh couldn’t just take people’s money and not keep them updated. So, an elaborate website platform was constructed as well, detailing each shipment of gold supposedly in transit and working its way through Africa’s myriad logistics. Delays, customs, temporary warehousing, and shipping waits were not unfamiliar for anyone who had worked with moving goods out of Africa. It was par for the course. So, Kuoh was able to spin stories that kept clients stalled or biting them for just a bit more to deal with unforeseen “fees” and shipping point costs to smooth out the movement instead of being stalled indefinitely. The clients bought it. Yet, unfortunately, there was never a package of gold in transit, and nobody was ever going to see a return on their money, not one cent.

While the scam was stressful as the intricacy of its lies grew and created layers upon layers, Kuoh was not suffering either. He lived like a king on his clients’ money. He traveled and lived in worldwide destinations like a millionaire himself, and he even relocated his family to South Carolina, well within the United States and territory that had extensive means to punish him if caught. While Kuoh was in Africa, he was protected, but planting himself and his family in the U.S., he was putting himself and the scam in serious, exposed risk. But that’s also where the highest majority of new clients were located, and he needed investors to keep the scam working along with all the hands in the pot that needed paying off. Overall, Kuoh managed to siphon off well over $8 million with his own expenses alone.

It wasn’t until almost the end of 2016 that the U.S. federal authorities caught up with Kuoh, again in the states, and arrested him on sight. The U.S. federal agents had been tracking Kuoh and waited for him to be settled in. In typical arrest mode, the agents showed up at the front door early on a weekday morning, catching Kuoh unawares.

For his part, Kuoh pled guilty to likely lower his potential sentence and maybe because he figured he has some cash stowed away back in Liberia for a soft landing. With only seven years to serve in total, Kuoh is likely to be free again by 2023 and back in Liberia. However, despite Kuoh’s cooperation with prosecutors, it hasn’t done much for the dozens of clients worldwide who’ve lost millions. While Kuoh was also sentenced to restore $17 million in restitution, it’s practically a nil chance any of it will be seen again aside from the house he had in South Carolina for his family. And all the government officials who worked with Kuoh to keep the scam’s visibility so convincing have disappeared and folded back into the woodwork, well out of the reach of U.S. law enforcement. 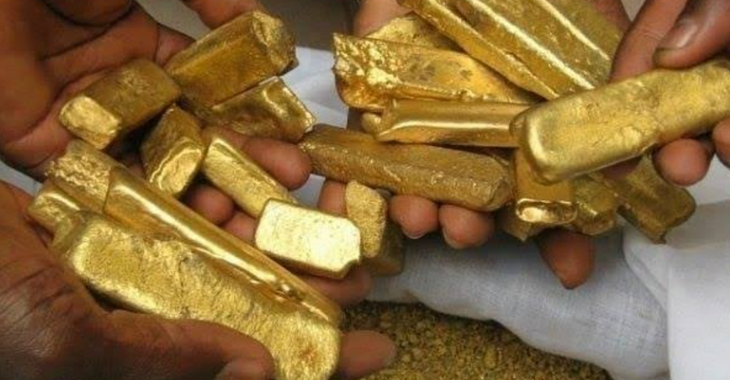 The official position in Liberia is that the government is quite pleased that the U.S. authorities have captured Kuoh and incarcerated him. In fact, the top officials in the Liberian government sent correspondence to the U.S. authorities congratulating the agents on the capture and removing a bad influence affecting the country’s precious metals and stone industries. Of course, there was no mention of many of the internal officials who were involved as well or how there were addressed.

As for the gold that was promised in the investment involved, it never existed. According to Kuoh, the Liberian government always had the gold and controlled it, but there is no proof, just Kuoh’s word from a federal penitentiary jail cell. Unfortunately, for the victims of Kuoh’s African Gold Scam, their money was permanently gone. Kuoh and others spent it during their heydey. So, like the victims of another great scammer, Bernie Madoff, the gold scam victims can only tell their story of how things happened. Most importantly, they provide real-life case examples of how otherwise very intelligent people can be fooled as well.

Unfortunately, Kuoh is not the only scammer. A similar approach has been hitting investors of all types based out of Ghana. Similar to Kuoh, the Ghanian scammers show and offer real gold for inspection, promising clients access to significant gold assets they can buy at half price and sell for a significant profit. The Ghanian scam is simply a replacement of Kuoh’s original racket, proving that nature doesn’t tolerate a vacuum. And, despite how much Kuoh’s original scam got, the later Ghanian version started in 2019 amazingly still grabs victims worldwide, from New Zealand to Europe.