Things You Should Know About Perth Mint Australia’s premier bullion producer, the Perth Mint has held a long-standing reputation for its high quality bullion coin and bar production for decades. First established to deal with the sudden availability of gold ore discovered in the Australian Outback, the Perth Mint has long been the repository and production of the country’s finest gold bullion at such a high level of gold quality and craft, Perth coins have set the standard for other country issuers to follow or achieve with their own product line.

However, while many understand the history of the Mint, there have also been some very interesting facts buried within the lore and production of the institution that not everyone is familiar with. Here are some of the more notable items, especially when it comes to some of the more unique facts and history that have occurred over the years.

Bits of History Wrapped up in High Quality Bullion Coins

The beginning of the Perth Mint happened right before the 19th century. The Mint has been around since 1899 and has stayed in operation since that first day. That makes it one of the oldest mints in operation internationally and definitely the oldest institution in Australia. As mentioned above, the Mint was originally started to deal with all the gold ore that was suddenly being found in Australia. However, it soon became a major producer of British sovereigns, which allowed that currency to travel around the world in a far greater capacity, number, and distribution because of how much of the coin came out of the Perth Mint production runs. The Mint was kept in the hands of the British until 1970. It was then handed over to the Australian government right before a big boom in gold occurred, much to the chagrin of the British former owners over the next few years following, but the deal was done. In hindsight, the influence the Perth Mint had on the British currency can’t be understated. Just in its early years from the first cycle of operation until 1931, the Mint produced a whopping 106 million full sovereigns made from gold as well as another 735,000 units of half sovereigns as well. Some of these coins are still making their way through family and personal holdings back into the dealer networks for collectors even to this day. There was a 17-year gap between the release of the Perth Mint by the British to Australia as well as its formal charter by an order of Parliament in 1987. Once that formalization was back in place, the Mint was again producing coins, bullion, commemorative issues, and Australian legal tender. The Mint today is still operating as a currency producer for Australia. Perth Mint operations produce regular metal coinage for the country as well as memorable pieces for collectors and special events. 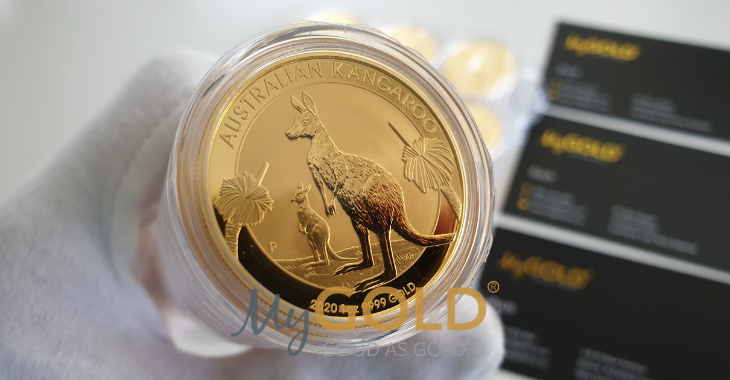 A big hit with tourists and folks visiting the area, the Perth Mint is a well-known repository for some of the largest natural gold ore nuggets found in the world. These pieces of metal in natural form are the largest single pieces of high purity gold, with the collection weighing in at a whopping 1 ton in weight. There is another single nugget easily registered at 369 ounces known as the Golden Beauty. Further, most government mints won’t let anyone near their production facilities for fear of the potential of theft. Not at the Perth Mint. The facility has long been a transparent factory, allowing folks and tourists to see gold melted and poured in real-time into a gold bar. These operations happen hourly so folks can see how things worked in the Mint for well over a century when it comes to gold liquidation and smelting. Every day in the week another bar is melted and formed for the crowd on schedule.

The Mint doesn’t just keep its inventory in-country. As many collectors are aware, the Perth Mint is a big exporter of gold as an Australian product. Their $24 billion in annual sales of precious metals products reaches 100 different countries through a well-honed and historic dealer network, both in terms of coins and bullion bars. Over its history the Australian gold handled by the Mint has been so pure, the output in the coin has been unmatched by anyone else. In 1957 the Perth Mint was responsible for producing the king of proof plates that ended up reaching a purity of 999.999 parts gold per 1,000. The quality was measured independently by experts in London and the Royal Mint has since used some of the plates as the standard of quality for their own production.

Another fun fact, while many mints eventually outgrow their facilities and move on to bigger locations or more secure ones with new architecture, the Perth Mint has never left its original building and production facilities. In 2003 the Perth Mint established a physical extension of its facilities dedicated to the expanded production capacity of the Mint while preserving the historic bullion coin production in Australia in the original building. The original heritage facility is now dwarfed by the new facility which greatly expanded the original Mint manufacturing capability, and it was a good thing too. While nobody expected it, that increase in production capability came in very handy when 2020 arrived.

Get Your Own Connection Without Having to Travel Out of Country

At MyGold you can enjoy and select from the very best of the Perth Mint every day. Our inventory includes some of the most interesting items from prior years as well as the latest issues. If you’re a collector or a bullion investor wanting to have the finest quality bullion in your holdings, the Perth Mint choices we carry are definitely going to meet the bill. There is no question, MyGold is your direct channel to the wonders of the Perth Mint and all of its history and numismatic splendor. Either call us to set up an appointment for an in-person visit or take a look at our offerings online, which we can address and support with a direct and secure private courier for delivery.