Tips for Investing in Perth Mint Coins Like a Pro

First established in 1899 to address the sudden surge of high-quality gold findings in Australia’s Coolgardie region as well as Kalgoorlie, the Perth Mint has since gone on to become one the world’s most famous institutions for minting gold bullion coin, even more prestigious than that of London in terms of high-quality gold output content. It was not the first of Australia’s gold mints, but Perth has been the longest-running operation.

The surge that pushed for the need came about because of tremendous raw gold findings in Western Australia. That produced so much gold, it became the primary production source for the British Empire’s gold coins, better known as gold Guineas and Half-Guineas. In total, by 1931, some 106 million gold sovereigns were produced as well as another 735,000 half sovereigns. Spread far and wide, Australian gold in the form of British coins from the Perth mint found its way into every established country in the world by the middle of the 20th century. By 1957, the Mint also produced what for years was the purest refined gold plate set, a 999.999 level of purity. The plates were such high quality, The Royal Mint ordered a unit for their own use as a gold quality standard.

Today, the Perth Mint is still in operation. It was turned over from the British government to Australia in the early 1970s, when gold prices were depressed and before another big boom occurred, perfect timing. Since those days, the Mint has been a major producer of collectible bullion gold and silver, and similar coins and plates. The famous Australian Lunar series provides a great example of Perth Mint products, but the Mint has also been the source of many other beautiful pieces as well. Many short-production items have also been produced and, because they come from the Perth Mint, have been sought after very quickly, generating their own collectible value as a result. Visitors can still see the Perth Mint today, both in terms of the original facility as well as the new expanded property and production system opened in 2003. Both represent 100 years of excellent quality bullion production by a national government. 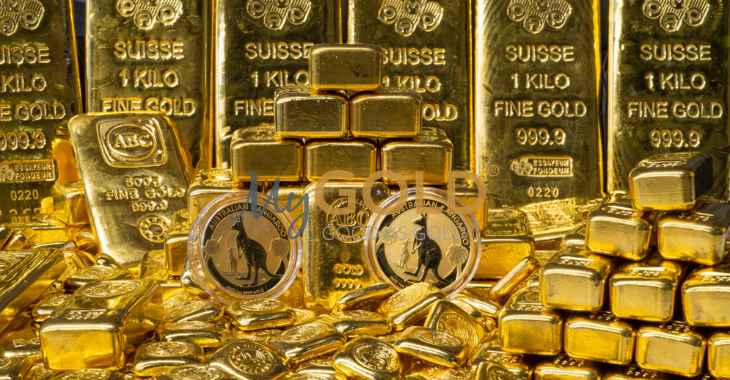 The Most Famous and Valuable Perth Mint Coins

Collecting Perth Mint bullion coins makes any beginner automatically part of a unique worldwide club. Those in the know are quite familiar with Perth Mint product quality and have become quite familiar with the institution’s seasonal lines and coins. However, anyone can get started at any time; Perth coins range back decades, providing plenty of ground to cover for those who like to chase treasures and enjoy a good collecting hunt.

Most of the Perth Mint bullion coins come in sets of different sizes. They typically range from 1/20 oz to as much as 1 oz. While technically dubbed “coins” under Australian law, the Perth Mint also produces bullion bars in varying sizes as well. The most popular Perth series include the Kangaroo Gold as well as the Australian Lunar Gold series. All the sets are fabricated with premium bullion quality and immediately go into high demand as soon as they are released annually.

One of the rarest sets, known as the Australian Trilogy, commanded a high price of $1.8 million in 2017 when it was sold to an anonymous party in Asia through brokers and proxy representatives. This particular set showcased how much demand and interest the Perth Mint regularly generates, even among the most discerning of gold bullion coin collectors. The set highlighted Australian wildlife in the coin motifs, and it incorporated a solid 1 kilogram of gold.

Overall, the Mint in its tenure has produced a whopping 14 million coins, bars, and similar products and growing. And among the countries with the greatest number of collectors for Perth Mint coins, it turns out Germany has the lead spot, purchasing and pursuing more of the Mint’s products combined than any other country in the world. It’s quite a change from where Australia’s gold would go to some 100 years ago when the Mint was pushing out its first production runs. That said, collectors all over the world enjoy the Perth Mint collection, and many have handed down their best coins from one family generation to the next as both family financial security as well as a personal legacy. Perth Mint coins provide security, history, and connections to the past as well as opportunities forward.

First, always work with a reliable dealer when it comes to Perth Mint coin products. There are lots of channels and avenues for obtaining bullion coins, but that doesn’t mean they are safe. Many online options offering Perth coins definitely seem to offer attractive prices, maybe even better than those of physical stores. However, multiple customers have been burned pursuing a purchase of a supposed Perth coin set that turned out to be fake or worse, never existed in the first place. Once an online scammer has a customer’s money, especially with international sales, there is little protection in terms of recovering the loss after the fact.

The best dealers are those with a full certification process for their coin inventory as well as competitive pricing and a buy-back guarantee. Because Perth Mint coins and sets are in such high demand, none of these factors should be an issue for a high-quality coin dealer established and licensed. Chances are, as soon as a Perth Mint coin is returned, it will be sold within 72 hours to another customer looking for a similar piece. The coins are recognized globally and tend to stay in constant distribution.

Second, any collector engaged for a while is going to realize their coins are starting to add up. Secure storage has become a big issue. Gold coins are not the sort of asset to keep stuffed in a box in the sock drawer. Even with known relatives and friends, gold has a habit of walking away when left unsecured. In fact, the only party who should know how much gold is personally owned is an insurance company covering the risk of potential related loss. Proper storage is a must, especially when a collection starts to grow. Many people start with a small safe secure in their home. However, even this can be outsized over time as a collection gets bigger.

For Perth Mint investors and numismatic collectors, old and new, in New Zealand, MyGold is the ideal resource to work with. MyGold has a long, well-established history providing customers of all backgrounds access to bullion gold products for sale. Additionally, MyGold is proud to be one of the primary official Perth Mint product distributors in New Zealand (in fact the largest). That gives customers a direct connection to Perth coins, series, bars, and commemorative sets. Finally, MyGold remains one of the most competitive sources for gold buyers in the country and is able to do so because of the size of the company and its holdings. The customer service provided is hard to match, and many have found that there really is no reason to work with anyone else or fuss with risky online sales. MyGold simply provides one of the best ways to enjoy Perth Mint collecting in New Zealand, bar none.