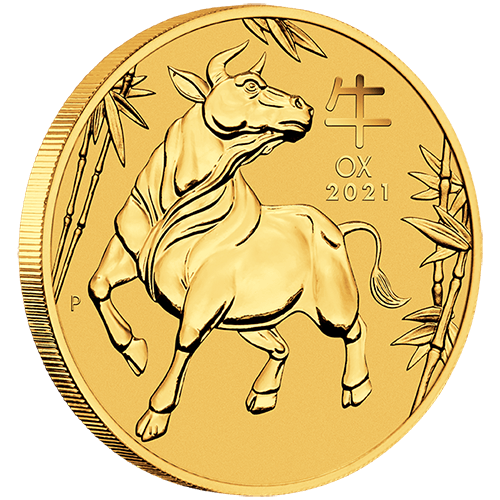 These magnificent gold coins celebrate the Year of the Ox, the second of twelve animals associated with the ancient Chinese lunar calendar.

The coin’s reverse portrays a stylised representation of an ox among bamboo stalks. Also included in the design is the Chinese character for ‘ox’, the inscription ‘OX 2021’ and The Perth Mint’s ‘P’ mintmark.