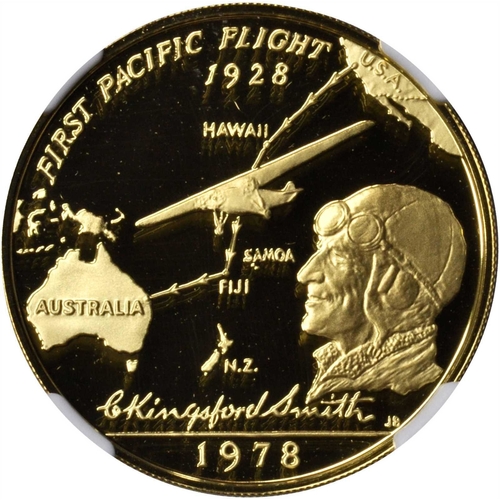 The first trans-pacific flight was made by Sir Charles Edward Kingston “Smithy” smith in 1928. The Australian aviator & his four man crew flew a total of 7,187 miles in their three-leg journey from Oakland, California to Brisbane, Australia. The Fokker mono-plane was named The Southern Cross. Smith also made the first non-stop air crossing of Australia, the first flights between Australia & new Zealand, the first eastward pacific crossing from Australia to the united states, & a 10.5 day record flight from Australia to London. Smith & his co-pilot disappeared over the Andaman sea in 1935 while attempting to break the England-Australia speed record.

Comes in plastic capsule with the original paper certificate