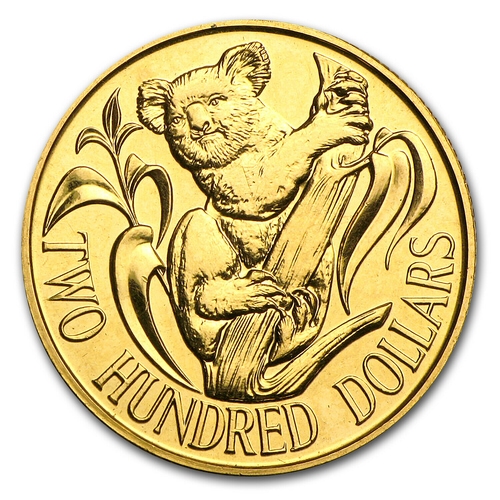 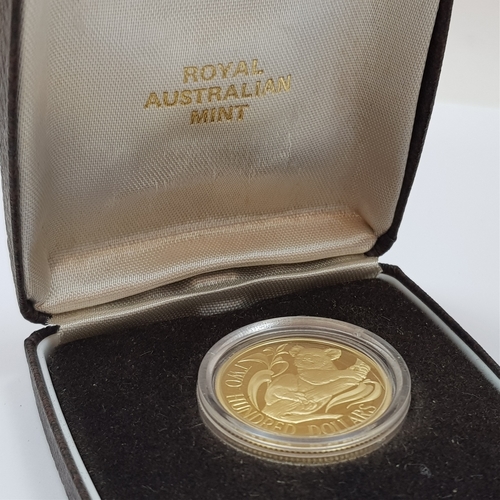 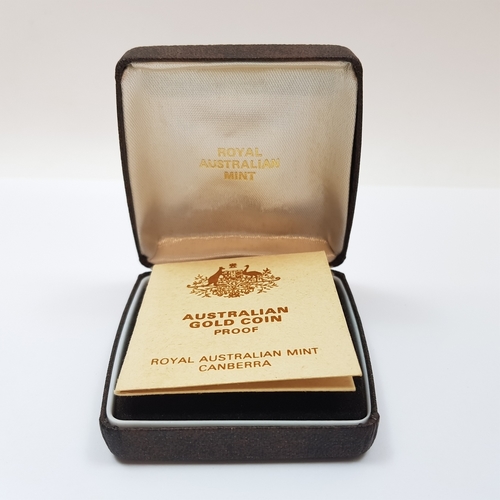 The $200 Australian Gold Coins were a limited release legal tender coin produced by the Royal Australian Mint with a face value of $200. In 1980 the coin was released with the portrait of Queen Elizabeth on the obverse and the image of a koala sitting in a tree sculpted by Stuart Devlin on the reverse. Coins were released in uncirculated and proof finish.  The Mint continued to make the koala gold $200 coins each year until 1986, but in 1985 the portrait of the Queen changed from the work of Arnold Machin to that of Raphael Maklouf.

During the years they were made, the $200 gold coin featured various designs, the most iconic being the Koala design.

Comes in the original case with certificate of authentication