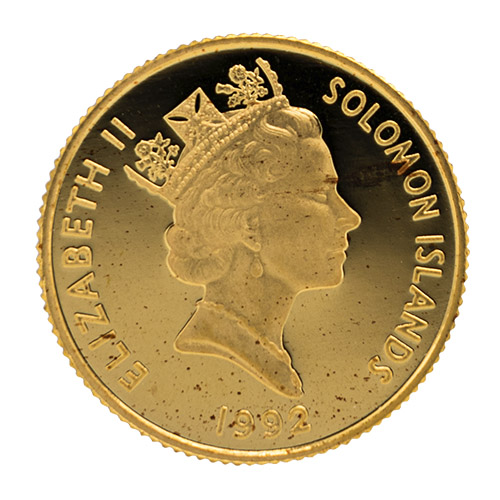 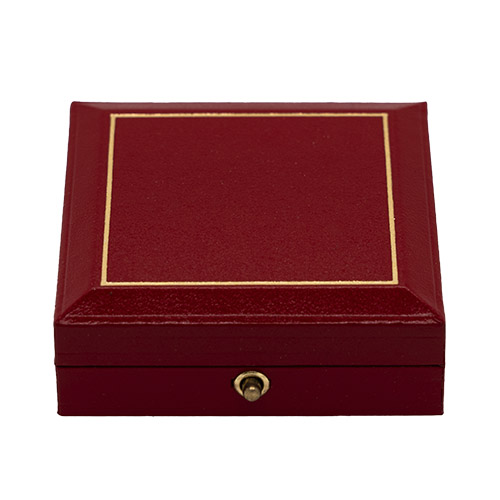 To mark the 50th anniversary of the Battle of the Coral Sea, the Central Bank of Solomon Islands has authorised the Royal Mint to strike a limited number of gold proof $25 coins.

Forming a 900 mile chain across the south-west Pacific Ocean, the Solomon Islands were strategically important to the Japanese in their attempt to conquer the South Pacific. Ever since Pearl Harbour in December 1941, the Japanese had advanced virtually unopposed. They had already captured the East Indies and had invaded the Solomon Islands in January, but their plans for an assault on Port Moresbury were thwarted by Admiral Nimitz’s task force in the Coral Sea.

As seen in the images, this coin has slight tarnish spots. Be aware that the image has been enhanced for you to see these spots, but they look nowhere near as dark in reality. However, we have priced this coin accordingly. We only have one available!