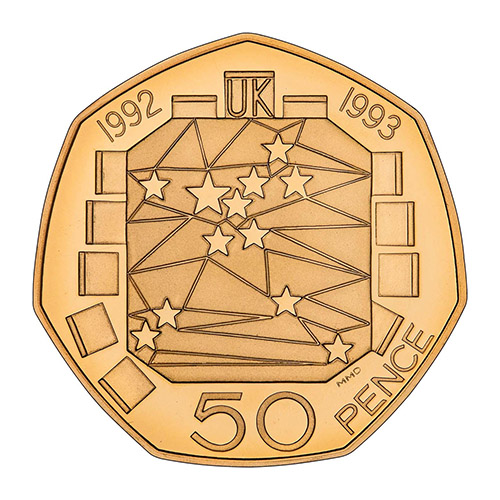 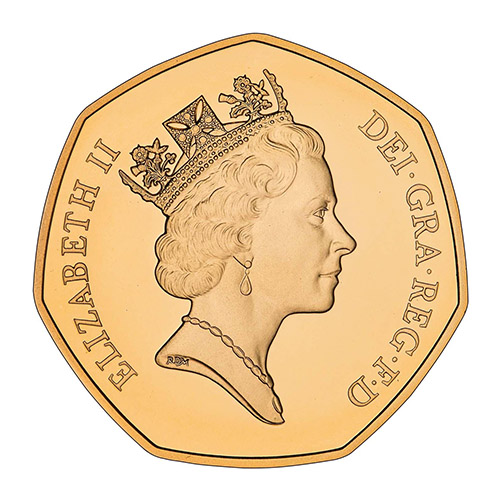 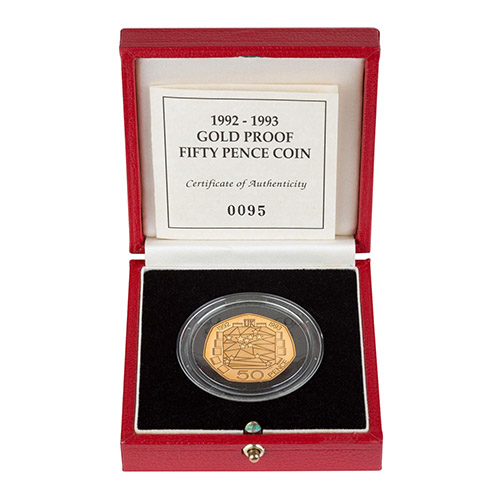 This was the first time a gold proof seven sided 50p coin had been issued by the Royal Mint. Collectors may recall the commemorative fifty pence pieces of 1973 issued to mark Britain’s entry into the European Economic Community. It is particularly appropriate, therefore, that in 1992 the fifty pence should be chosen to bear the historic design symbolizing the special bond between the twelve members of the European Community.

This gold proof fifty pence was issued to commemorate Great Britain’s Presidency of the Council of Ministers during the second half of 1992 and the completion of the Single European Market, which came into effect on 1st January 1993.

Don’t miss out, only one in stock!