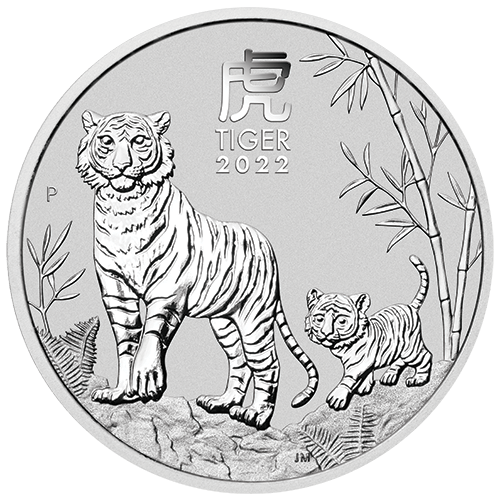 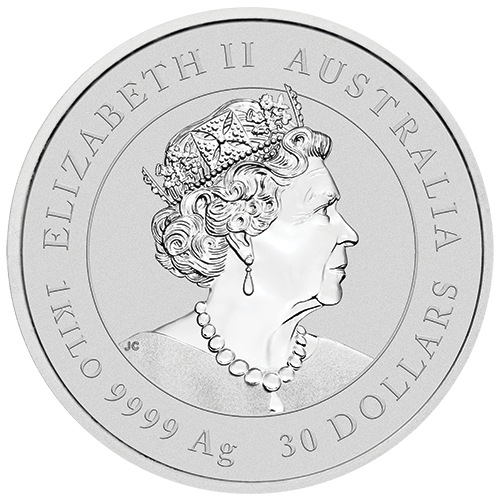 These magnificent silver coins celebrate the Year of the Tiger, the third of twelve animals associated with the ancient Chinese lunar calendar.

No mintage limit applies to the 1 kilo, 5oz, 2oz and 1/2oz coins. Except for the 1 kilo release, production of these coins will close at the end of 2022 when The Perth Mint will declare each coin’s official mintage.

A maximum of 100 10 kilo coins will be produced on a mint-to-order basis. Similarly, production will close at the end of 2022, when the coin’s mintage will be declared.

Each coin’s reverse portrays a tiger cub following its proud and protective parent across a rocky terrain featuring ferns and bamboo. Included in the design is the Chinese character for ‘tiger’, the inscription ‘TIGER 2022’ and the Perth Mint’s ‘P’ mintmark.

The reverse of all coins except the 10 kilo includes a security feature in the form of a micro-engraved letter within the design. It is only detectable under a magnifying glass.