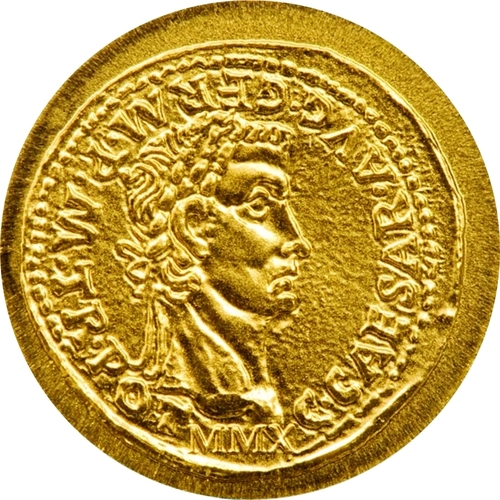 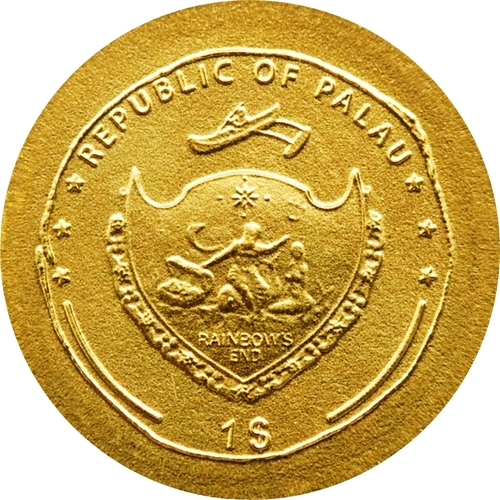 Obverse
Coat of arms of Palau, denomination below.

Reverse
An Aureus with the image of Emperor Caligula.

An Aureus with the image of Emperor Caligula. The circumscription on the coin says C CAESAR AVG GERM P M TR POT. (Gaius Caesar Augustus Germanicus Pontifex Maximus, appointed the Tribunes authority). Under the nickname “little soldier’s boot” the Emperor went down in history only after his death. His Emperors name during his lifetime was Gaius Julius Caesar Augustus Germanicus. He reigned from 37-41 AD and built up his power based on the Praetorian Guard. Traditional are his arranged bloody gladiator fights and chariot races. After only four years he became a victim of a senate’s complot.