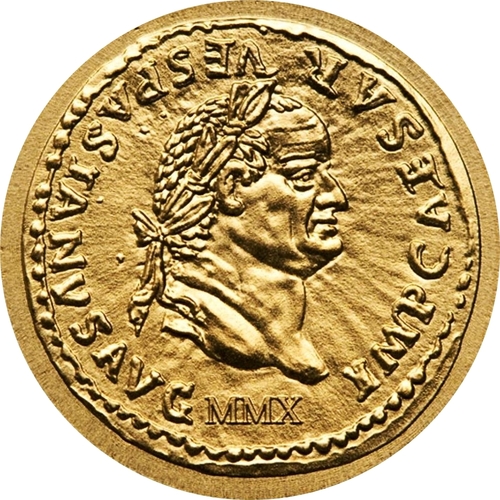 Obverse
Coat of arms, denomination below.

An Aureus with Emperor Vespasian’s image and the inscription IMP.CAESAR VESPASIANVS.AVG. (Imperator Caesar Vespasianus Augustus). Because Vespasian, who ruled from 69–79, took over an almost bankrupt state, his main concern was to stabilise finances. He attained celebrity due to his statement about the urine tax, “pecunia non olet” – “Money does not stink”! He initialised the build of the Colosseum, the reconstruction of the Capitol which was destroyed in the civil war in 69 as well as the upgrading of roads and bridges in the provinces.