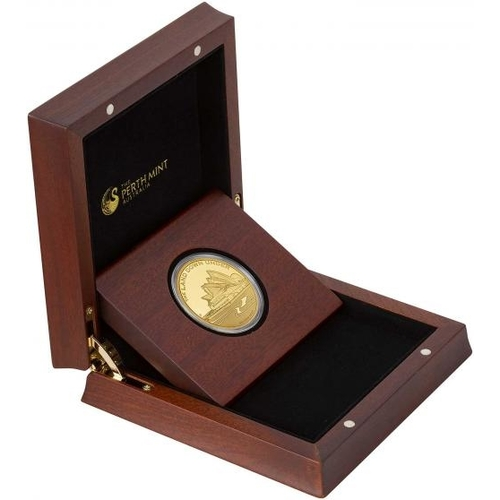 The Land Down Under Coin Series

The Perth Mint launched the Land Down Under series to showcase aspects of Australia’s culture, landmarks and lifestyle. The first coins featured the Sydney Opera House which was made a UNESCO World Heritage Site in 2007.

This stunning 2 oz gold coin is struck from 0.9999 fine gold and has a proof finish. The coin has a denomination of AU$200

The reverse, designed by Natasha Muhl features a portrait of the Sydney Opera House and is inscribed:

THE LAND DOWN UNDER – 2OZ .9999 GOLD
The reverse also bears the “P” mintmark for the Perth Mint

Only 200 of these coins were minted, making them highly sought-after by collectors.