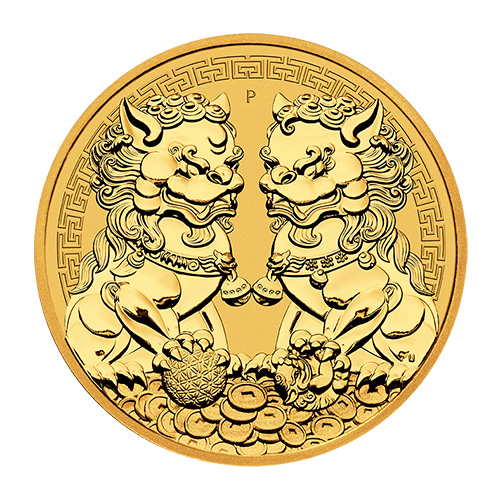 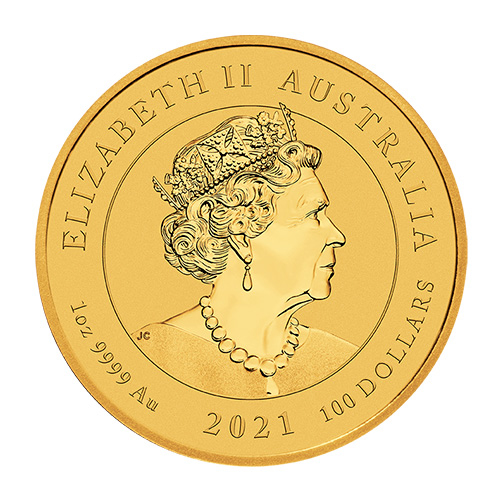 We are excited to release this 1oz gold bullion coin featuring an ancient Chinese symbol of fortune, happiness and wealth, the Guardian Lions (Double Pixiu).

The Pixiu is a mythological creature with the head of a dragon and the body of a lion and is believed to have an insatiable appetite for gold, silver and jewels which affords it mystical powers capable of drawing wealth from all directions. The Pixiu is a common symbol found in ancient Chinese art and architecture where it is traditionally displayed in pairs.

Struck by The Perth Mint from 1oz of 99.99% pure gold, the coin is issued as legal tender under the Australian Currency Act 1965 and has a mintage of 5,000. The coin’s reverse design features a representation of a Pixiu pair sitting upon a mound of ancient Chinese coins. One grasps a ball and the other a Pixiu cub. The design also includes a stylised pattern and The Perth Mint’s traditional ‘P’ mintmark.

The Jody Clark effigy of Her Majesty Queen Elizabeth II, the 2021 year-date, the weight and fineness, and the monetary denomination are depicted on the coin’s obverse.

Only ONE LEFT in stock, call us for your guardian lion before it’s too late!