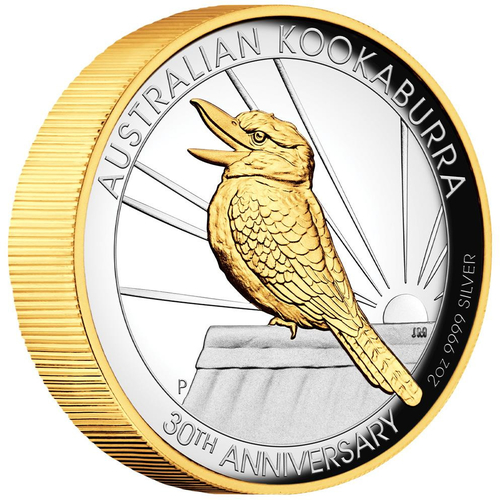 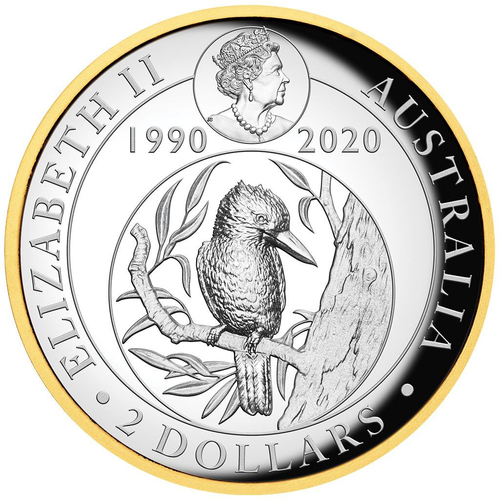 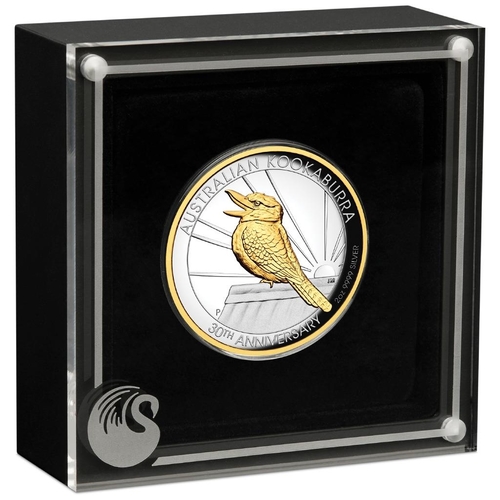 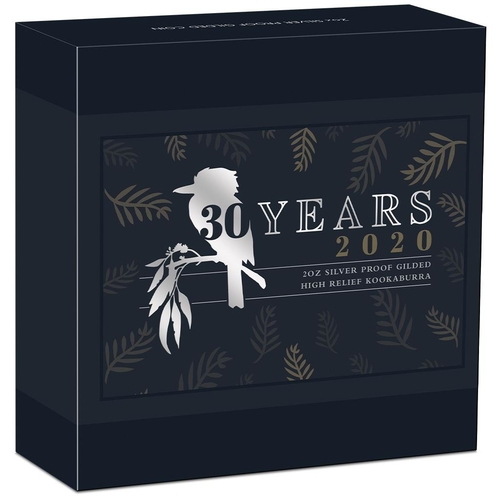 First issued by The Perth Mint in 1990, the Australian Kookaburra portrays a new impression of the famous bush bird each year. With its unmistakable laughing call, the kookaburra is synonymous with Australia – from the outback to the backyard

This coin’s reverse depicts a kookaburra perched on a corrugated iron rooftop with stylised rays of the rising sun in the background. The noticeably raised motifs appear on a highly polished concave surface. As well as the bird, the coin rim & its serrated edge are decorated in 24-carat gold – making this spectacular release a first-of-a-kind for The Perth Mint. The coin’s reverse also includes the inscription AUSTRALIAN KOOKABURRA 30TH ANNIVERSARY, The Perth Mint’s ‘P’ mintmark, and the coin’s weight and purity

The coin has a special obverse featuring a representation of Stuart Devlin’s design for the original 1990 issue. His much-loved artistry, which portrays a kookaburra sitting on a tree branch amid gum leaves, appears below a miniature version of Jody Clark’s effigy of Her Majesty Queen Elizabeth II. Included on the obverse are the year-dates 1990 and 2020, and the coin’s monetary denomination.