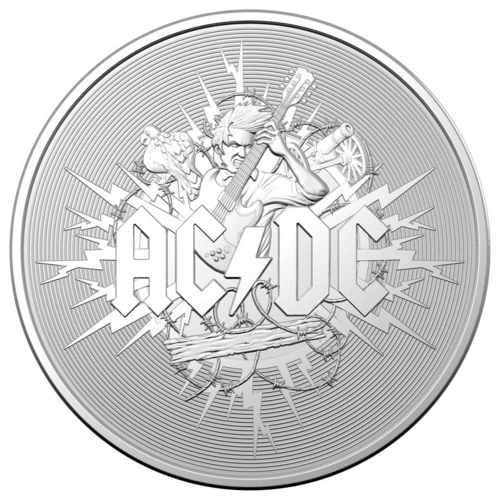 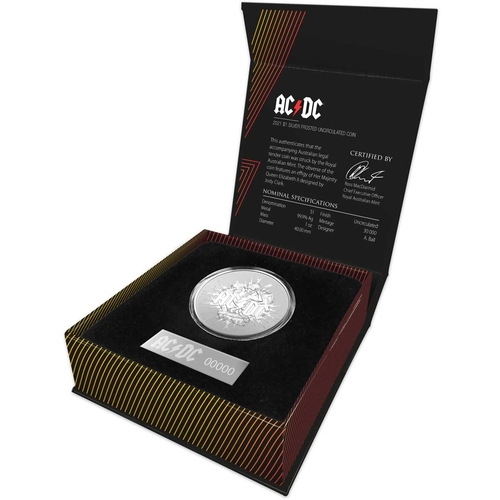 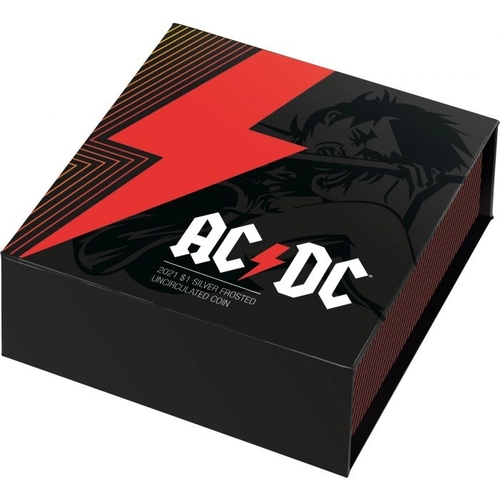 Australian rock legends AC/DC sang that money talks. And now music fans can own an electrifying limited edition silver coin showcasing songwriter and lead guitarist Angus Young in full flight. Inspired by the cover artwork of some of their most popular and iconic albums this coin will be highly sought after by rock’n’roll fans

The Band’s second album T.N.T also clocks up its sapphire anniversary at the end of the year along with Dirty Deeds Done Dirt Cheap in 2021.

– Coin’s obverse features the effigy of Her Majesty Queen Elizabeth II, as designed by Jody Clark
– Numbered presentation case with printed certification
– The coin showcases band co-founder, songwriter, and lead guitarist Angus Young
– The coin features the iconic parrot from the Dirty Deeds Done Dirt
– Cheap cover, the cannon from the For Those About to Rock (We Salute You) album, barbed wire from the High Voltage cover, and a plank of wood from the T.N.T album.