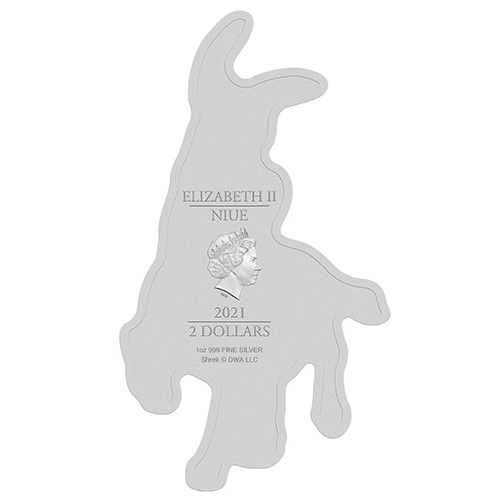 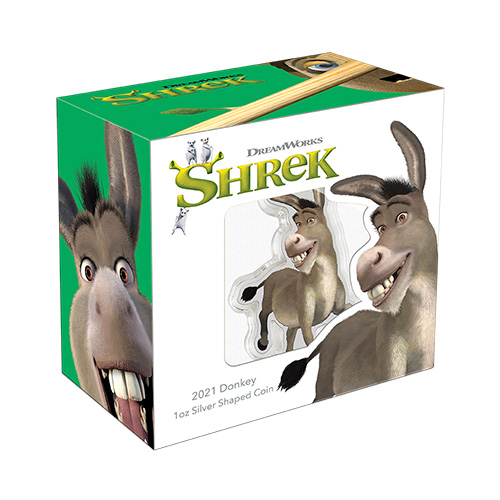 Originally released in 2001, the DreamWorks Shrek film franchise is celebrating its 20th anniversary this year.

This coin is struck in a unique shape to replicate a detailed portrayal of Donkey, who is Shrek’s best friend and sidekick in the films. Donkey is hilarious – a confident and annoying wise-crackin’ fast-talker who always has the most ridonkulous lines. He is a cockeyed optimist who always sees the bright side. He wears his heart on his sleeve, so he is easily wounded. Donkey is the ultimate negotiator – always trying to broker a positive outcome.

The coin’s obverse features the Ian Rank-Broadley effigy of Her Majesty Queen Elizabeth II, the year-date and the monetary denomination.

Only one of this iconic character left!