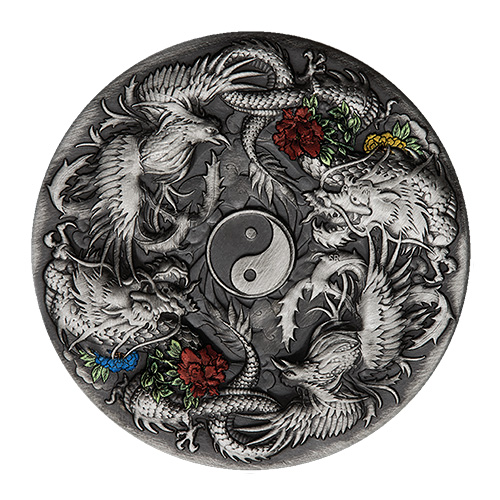 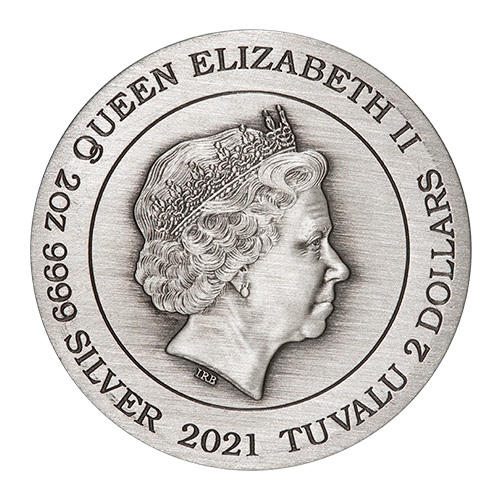 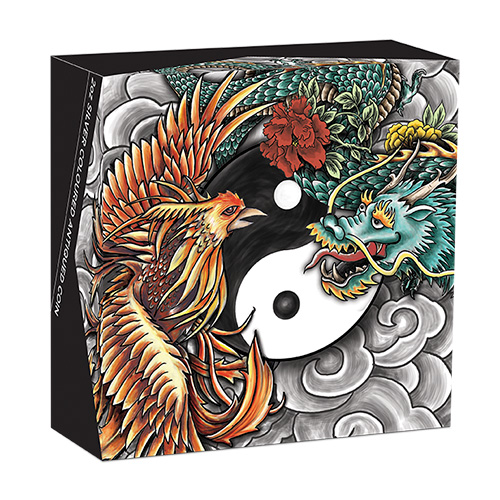 In traditional Chinese culture, the dragon is revered as a divine creature and potent symbol of power, wealth and good fortune. The phoenix is regarded as an immortal bird that appears in times of peace and prosperity. Also representing the Chinese emperor and empress, the dragon and phoenix’s appearance together symbolizes wedded bliss.

Rich in Chinese cultural references, the coin’s highly symmetrical artistry employs twin dragon and phoenix motifs – in. artistic terms doubling the strength of their auspicious influences. These mythical creatures surround the ancient Yin Yang symbol (taijitu) embodying the feng shui concept that the universe is governed through the balance of opposing yet complementary principles.

The design includes stylized clouds, auspicious symbols in China that are associated with rain and abundant harvests, as well as coloured peonies, flowers symbolizing royalty, wealth and honour.

No more than 888 of this incredible coin will be released. Don’t miss out!

Less than 5 available of this gorgeous eastern design! Call us today to secure yours.