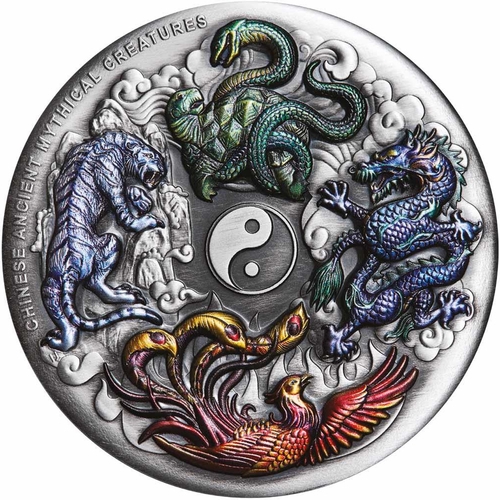 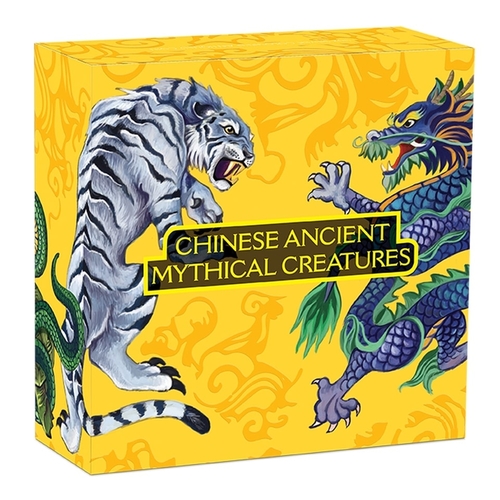 According to ancient Chinese mythology, the universe was divided into four quadrants marking the winter and summer solstices, and the autumn and spring equinoxes. These heavenly quadrants were known as the ‘Four Celestial Palaces’, each represented by a guardian animal with a corresponding colour, element, and virtue.

The coin’s reverse portrays the guardians of the Four Celestial Palaces.

WHITE TIGER (Season: Autumn, Element: Metal)
King of all animals & lord of the mountains; a fierce protector with the power to exorcise evil spirits and grant good harvests

Represented in vibrant colour, the four Chinese mythical creatures surround a yin yang symbol at the centre of the antiqued coin’s reverse.

This coin has been individually ‘antiqued’ by hand to give a unique finish conveying the surface abrasions of an ancient artefact. As a result of this treatment, the appearance of each coin may vary.