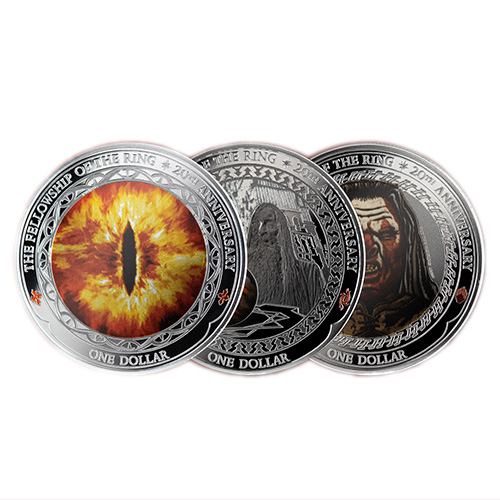 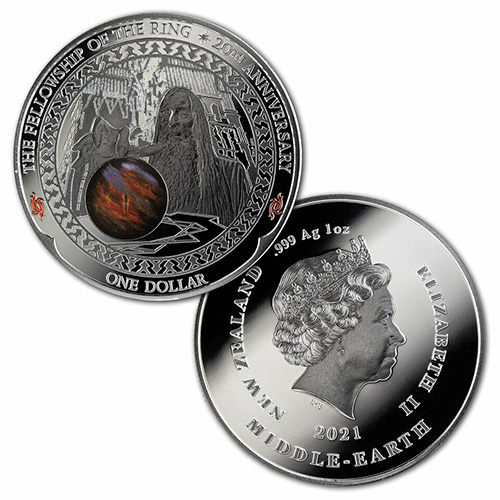 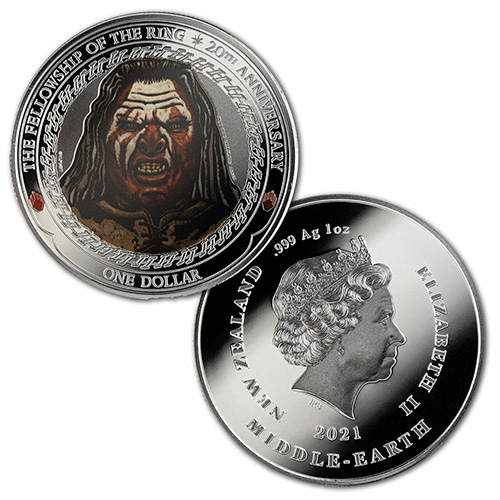 Don’t miss out on this once in a lifetime set! These are selling incredibly fast, so get our last “Shadow in the East” 3 coin set toady.

This thrilling set of coins features the three primary villains of The Fellowship of the Ring. Saruman, who has shifted loyalty to the Dark Lord Sauron and imprisons Gandalf, is depicted in front of his tower Orthanc communicating with Sauron. Lurtz is an Uruk-hai, a monster sent by Saruman to capture Frodo and bring the One Ring to him. Finally, the third coin features the Eye of Sauron, the manifestation of Sauron’s spirit that watches over the evil lands of Mordor. On the obverse of each 0.999 silver coin, New Zealand is acknowledged as the home of Middle-earth with the fictional land’s name.