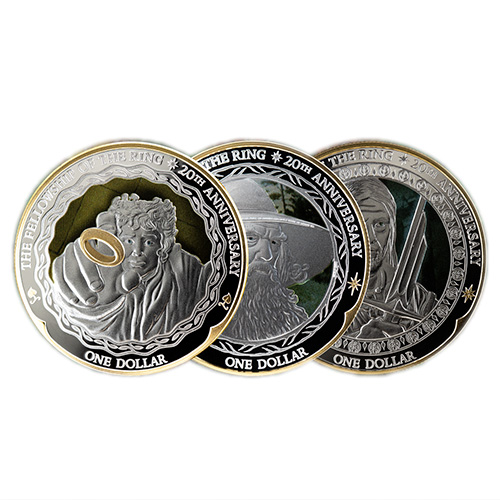 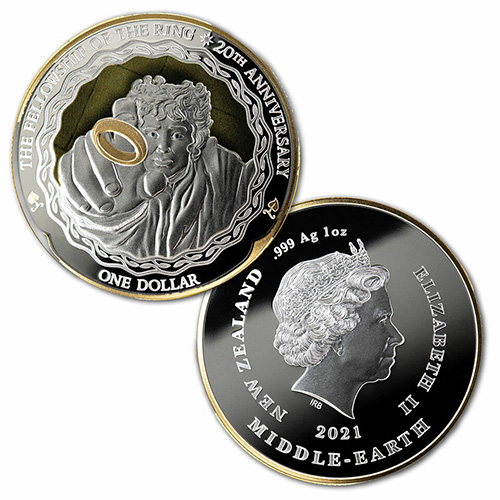 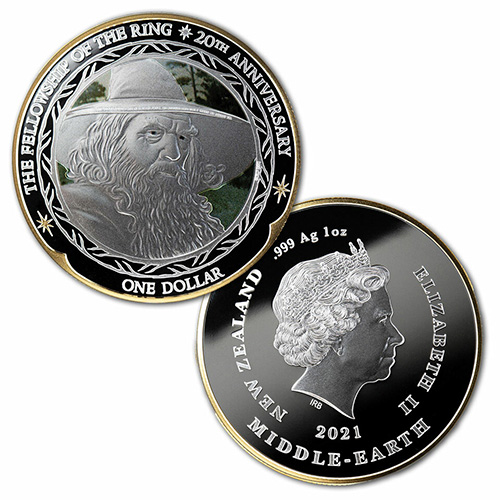 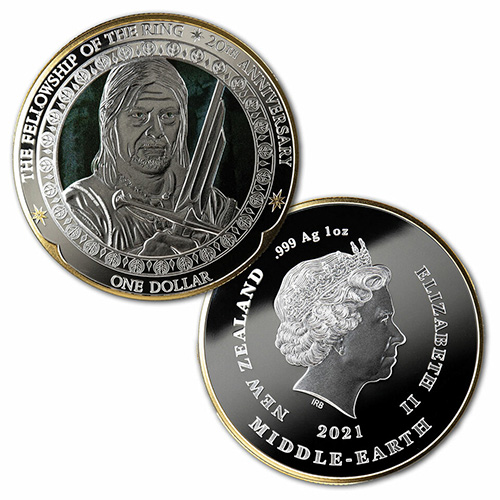 Don’t miss out on this once in a lifetime set! These are selling incredibly fast, so get our last fellowship set toady.

This outstanding set of coins features three members of the Fellowship – Frodo, Boromir and Gandalf. The Frodo coin depicts the iconic moment in the Prancing Pony when Frodo puts on the ring for the first time and faces the Eye of Sauron and the dangerous reality of his task. The Boromir coin captures the moment when he holds the shattered sword Narsil under the watchful gaze of Aragorn, who will eventually reclaim the throne of Gondor from Boromir’s stewarding family. Finally, Gandalf appears on the third coin, depicted in the moment at the beginning of the film when he arrives in Hobbiton and meets Frodo. On the obverse of each 0.999 silver coin, New Zealand is acknowledged as the home of Middle-earth with the fictional land’s name.