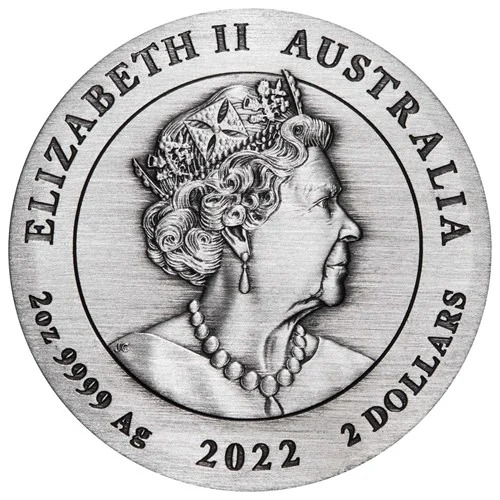 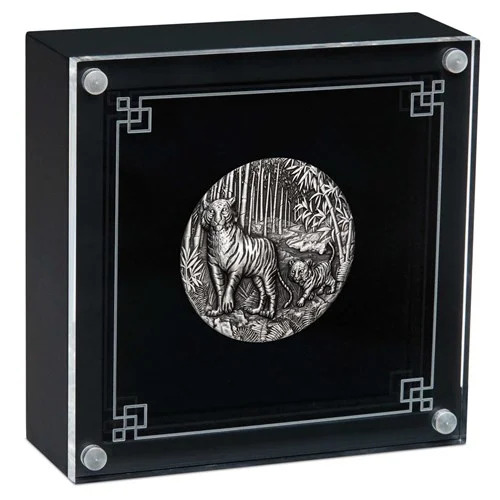 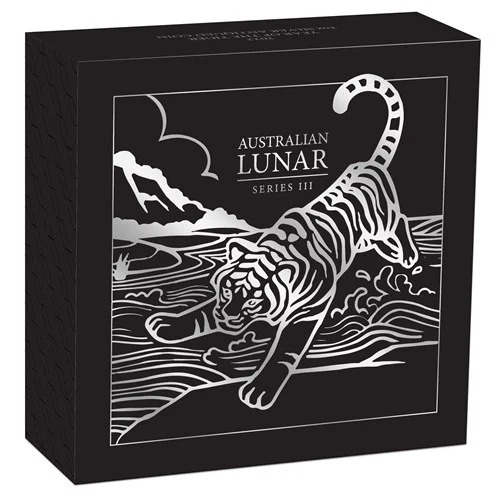 This stunning celebration of the Year of the Tiger benefits from antiquing, a treatment that tones the natural lustre of a silver coin before it is individually hand-finished to mimic the surface characteristics often seen on ancient artefacts.

Dating back thousands of years, the Chinese lunar calendar features 12 auspicious animals, each said to influence the personality of those born during its ascendancy. The tiger, which oversees people born in 2022 and every 12th preceding year, is believed to bless its cohort with determination, courage, confidence, and charm.

The coin portrays a tiger and its cub in an intricately composed landscape featuring a river flowing through rocky terrain with bamboo, a plant symbolic of honour, virtue, and modesty. The antiqued finish adds distinctive tonal qualities to the design which also includes The Perth Mint’s ‘P’ mintmark.

The coin is housed in a classic display case with a clear lid decorated with a silver geometric design. The case is packaged in a beautifully illustrated shipper portraying the story of how the tiger became the third animal of the Chinese lunar calendar and is accompanied by a numbered certificate of authenticity.

The shippers of the coins in the Australian Lunar Series III will, when arrayed together, form a diorama depicting the ancient myth of The Great Race.