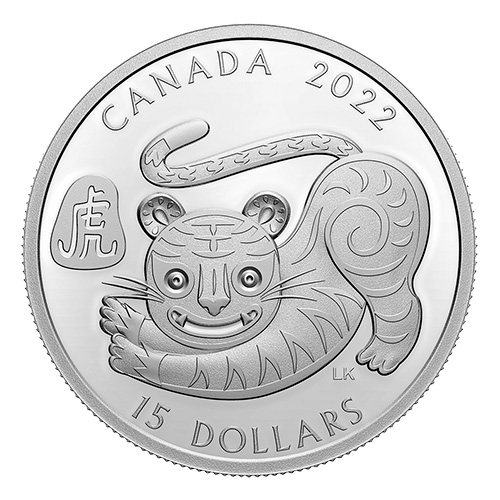 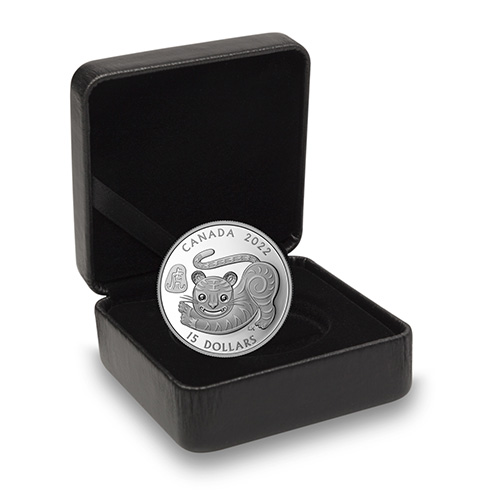 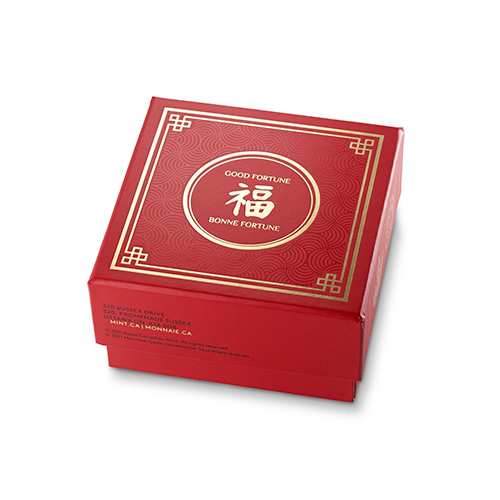 The Year of the Tiger (2022) marks the beginning of a new 12-year series of coins from the Royal Canadian Mint based on the Chinese lunar calendar. Each zodiac animal gets a chance to shine on these precious keepsakes, which are issued annually to commemorate the start of a new lunar year.

Those born in the year of the Tiger are charming, confident and courageous – they’re natural leaders and they love adventure. Tigers are also known to pounce on their work because they like to get things done; this often leads to success, and a wish for future prosperity is exactly what the cloth tiger on this coin conveys!

In Chinese culture, the Tiger is considered to be an especially lucky symbol, but if you’re born under the Tiger sign, you can boost your luck with the numbers 1, 3 and 4. The Tiger is revered as the king of all animals, and as a Chinese symbol of courage and might, it is believed to have the power to ward off evil spirits. A cloth tiger is traditionally gifted to young children and represents a wish for their future happiness, health and prosperity. To mark the Year of the Tiger, the reverse design by Canadian artist Lily Kao features a stylized depiction of a cloth tiger, a popular form of Chinese folk art that carries a wish for prosperity. This Tiger is a symbol of courage and power, and it is also intended to ward off evil. Its big eyes, grinning mouth and prominent head give it an air of innocence and playfulness, while the markings on its forehead form the Chinese character for “King”. The reverse also includes the Chinese character for “Tiger”, the word “CANADA”, the year “2022” and the face value, “15 DOLLARS”. The obverse features the effigy of Her Majesty Queen Elizabeth II by Susanna Blunt.

Limited stock, be sure to inquire today about getting yourself a lucky tiger!