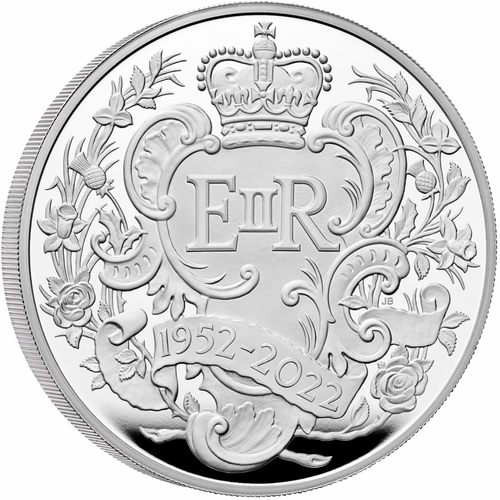 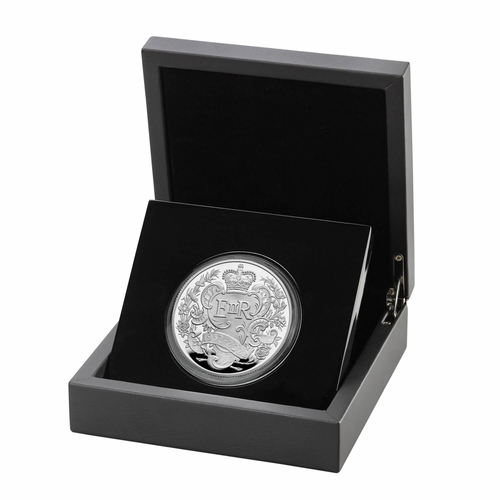 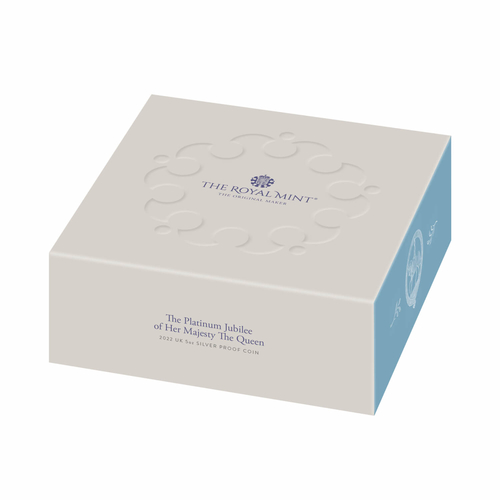 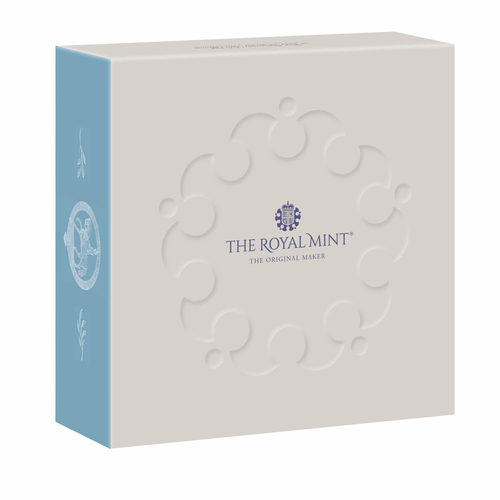 A once-in-a-lifetime moment celebrated in silver

This commemorative five-ounce silver proof coin celebrates the Platinum Jubilee (70th anniversary) of Queen Elizabeth II’s reign. It features a special equestrian portrait of the Queen on the obverse, created for the occasion, showing her in her role as Head of the Armed Forces.

The obverse of the coin shows the equestrian effigy of young Queen Elizabeth II at her coronation; her head is turned left, facing the viewer. Below right, the initials of the obverse designer, JB (for John Bergdahl).

At its centre, the reverse of the coin displays an ornate “Rococo style” shield inscribed with the Royal cypher E II R (from ELIZABETH II REGINA – Elizabeth the Second, Queen). The shield is crowned with St Edward’s Crown. On a ribbon below, the anniversary dates 1952 – 2022. To the right of the shield among the flowers, the designer’s initials JB, for John Bergdahl. The shield is surrounded by a wreath of flowers – roses, thistles, daffodils and shamrocks – the floral emblems of the constituent countries of the United Kingdom – England, Scotland, Wales and Northern Ireland respectively.