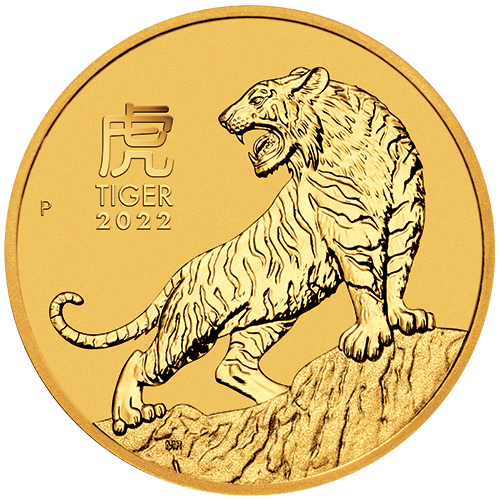 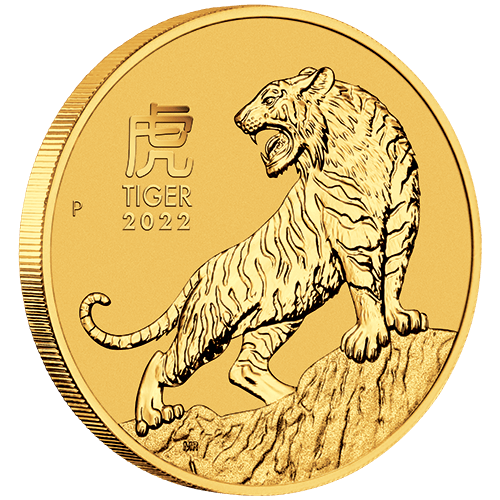 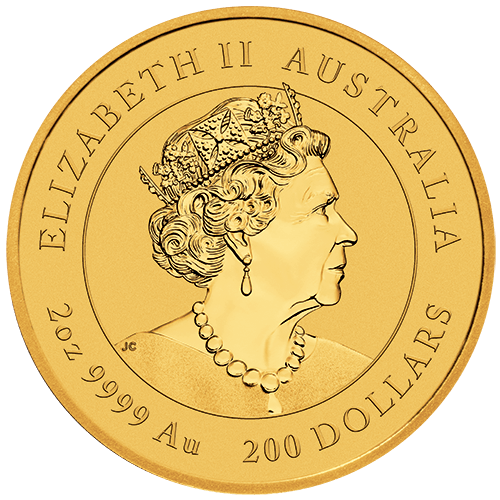 These magnificent gold coins celebrate the Year of the Tiger, the third of twelve animals associated with the ancient Chinese lunar calendar.

Each coin’s reverse portrays a tiger standing on a peak with its head turned towards its tail. The fearless animal’s open jaw features razor sharp canine teeth. Included in the design is the Chinese character for ‘tiger’, the inscription ‘TIGER 2022’ and The Perth Mint’s ‘P’ mintmark.