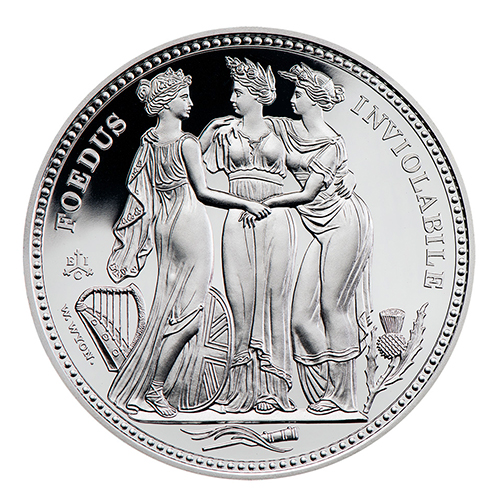 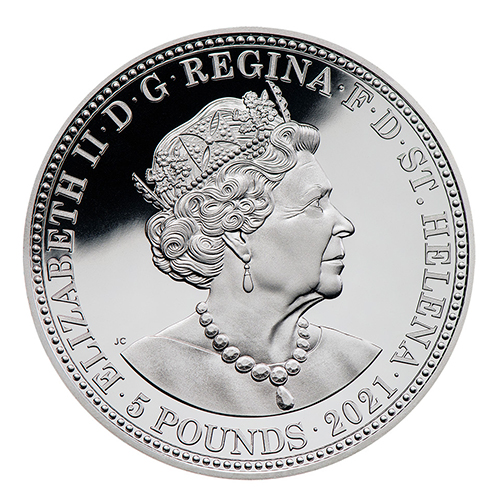 William Wyon was just 22 years old when he entered the competition to design the coins for the Great Recoinage of 1816, taking inspiration from the Greek Classics to tell the story of the 1801 Act of Union. Wyon’s The Three Graces cast the goddesses as England, Scotland and Ireland, giving a contemporary relevance to their ancient mythology.

Building on the early promise shown by The Three Graces, Wyon’s legacy was sealed through some of the most iconic coins of the Victorian era, most notably his stunning ‘Una and The Lion’ and the classic ‘Young Head’ portrait of Queen Victoria, which graced the coins of her reign for almost 50 years.

The Three Graces never went into production: a small number of test ‘Pattern Pieces’ were made which became collectors’ items. Now, it is available once again as this 2021 Crown Pattern Silver Proof Coin, which combines the best of modern minting with expert hand craftsmanship that Wyon himself would have recognised. Strictly limited, it is presented in a bespoke case along with a numbered certificate of authenticity.

Strictly limited to 1,817 coins worldwide, it is presented in a bespoke case along with a numbered certificate of authenticity.