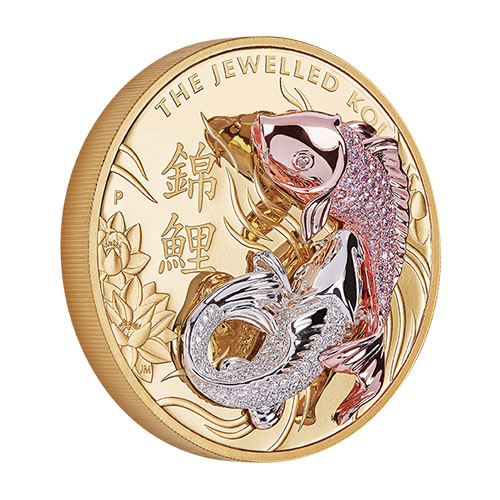 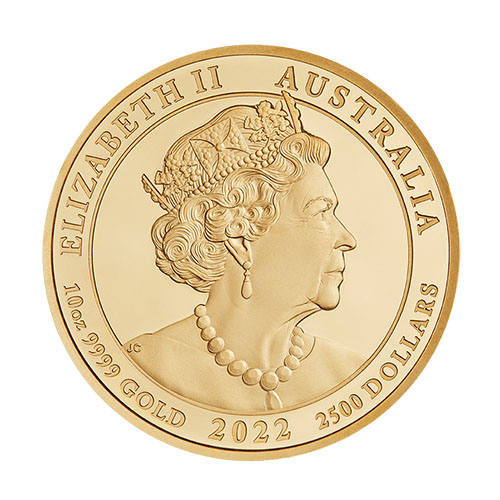 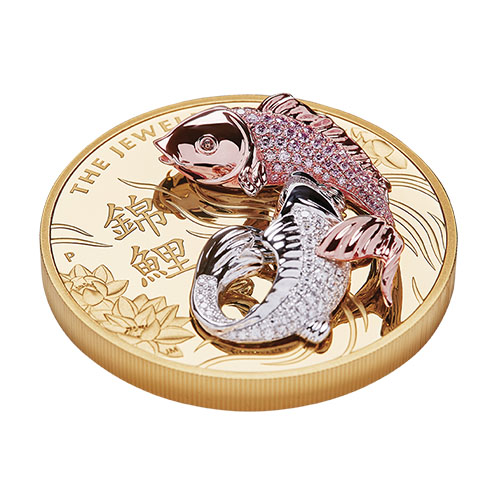 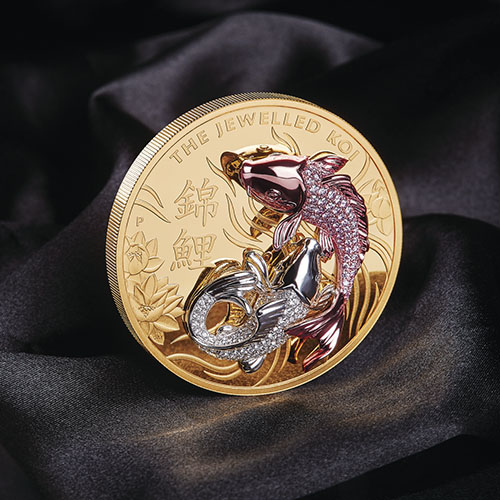 Struck from 10oz of 99.99% pure gold in proof quality, the coin is mounted with three-dimensional figures of two koi fish. The 18-carat rose gold upper fish is pavé-set with 78 pink diamonds from the Argyle mine, while the lower 18-carat white gold fish is pavé-set with 80 white diamonds. Four Argyle golden diamonds represent the eyes of the fish.

Koi fish are regarded as auspicious creatures throughout East Asia. Often portrayed in art beside the yin yang symbol, they’re synonymous with harmony and happiness, and are widely thought to be lucky omens for marriage and fertility. With the Chinese pronunciation of the word yú (fish) sounding like the term for riches, koi fish are also strongly associated with wealth and prosperity, most notably when they are golden in colour.

Each coin is issued as Australian legal tender under the Australian Currency Act 1965. The Perth Mint will release only eight of these rare and collectable coins on a mint-to-order basis! The Jewelled Koi is presented in prestigious packaging including a hardy carry case which opens to reveal a magnificent luxury display case, in which the coin is housed. The coin sits within a perspex panel that rotates 360 degrees and is illuminated by a row of lights to maximise the effect of the glittering diamonds. The doors of the display case feature two 18-carat gold plates with a pink diamond from the Argyle mine on each side.

MyGold is offering customers the incredible opportunity to place an order for the most beautiful coin of the year.