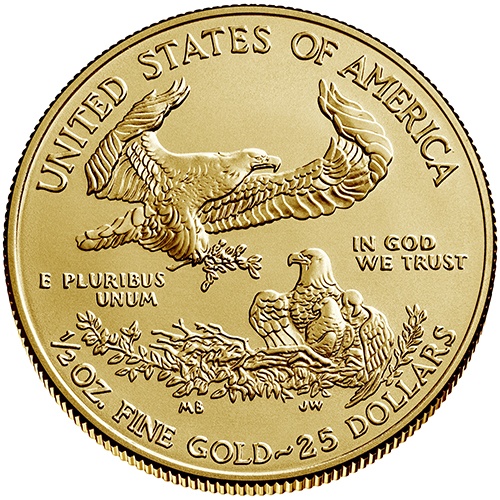 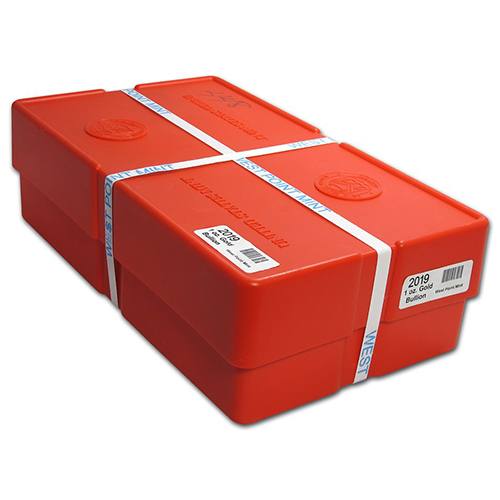 A coin with a rich history, the American Gold Eagle has been officially minted in the United States since 1985, when it was first issued under the Gold Bullion Coin Act. Prior to 1933, legal tender 10 dollar gold coins were also known as “eagles” within the US. To avoid confusing the old pre-1933 coins with the modern post-1985 ones, collectors typically refer to the weight of an American Gold Eagle Coin, noting them as 1/10 ounce, 1/4 ounce, 1/2 ounce and 1 ounce, respectively. These terms are especially helpful in terms of the 1/4 ounce versions, which are marked with a face value of 10 United States Dollars.

Regardless of which of the four denominations are being considered, collectors find peace of mind in their U.S. Government-backed guarantee, which states that a given Gold Eagle Coin will contain its face weight value in gold troy ounces. Legally, this gold must be sourced in the United States and combined in an alloy with copper and silver for better wear-resistance. This gold alloy uses 22 kt gold and is called “crown gold” under traditional English standards. These alloys had been absent from minting from 1834 on, up until the first Golden Eagle Coins were minted.

The design on the obverse of the coin uses an iconic American symbol: the long-haired lady liberty as envisioned by Augustus Saint-Gaudens. She holds aloft two familiar symbols of United States – a burning torch clasped in her right hand and an olive branch of peace in her left. Behind her, the stately dome of the Capitol building rises to her left. President Theodore Roosevelt first commissioned the design for placement on a $20 Saint-Gaudens coin, intended to resemble the coins of ancient Greece and Rome. The reverse of the coin features the work of a different artist, Miley Busiek, and centers around an Eagle family. The design shows a male eagle clutching an olive branch above his nest, where his protective female mate watches over their hatchlings.