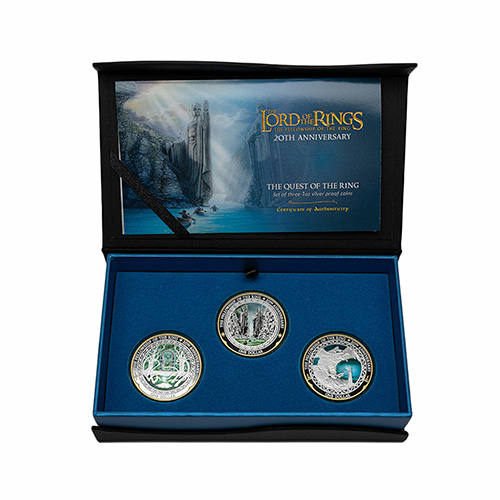 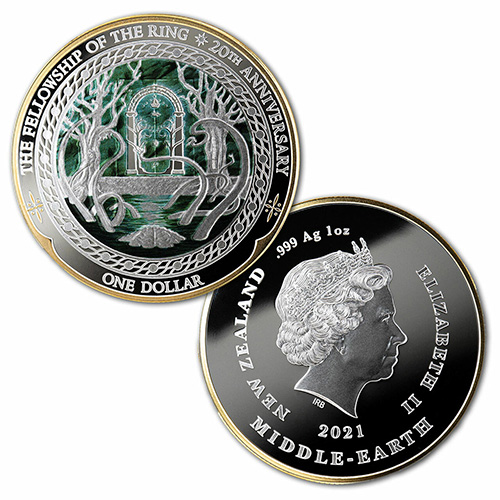 Don’t miss out on this incredible set! These are already sold out at the supplier and there are very few in circulation, so get our last “Quest of the Ring” 3 coin set toady.

These highly detailed coins feature three key moments from The Fellowship of the Ring. One depicts Gandalf’s escape by eagle from Orthanc after he is captured by Saruman. The second coin shows the Doors of Durin, the magical gateway to the Mines of Moria where the Fellowship encounters orcs and a fierce fire monster, the Balrog. The third coin depicts the epic scene when the companions gaze up at the Gates of Argonath as they travel by river. On the obverse of each 0.999 silver coin, New Zealand is acknowledged as the home of Middle-earth with the fictional land’s name.