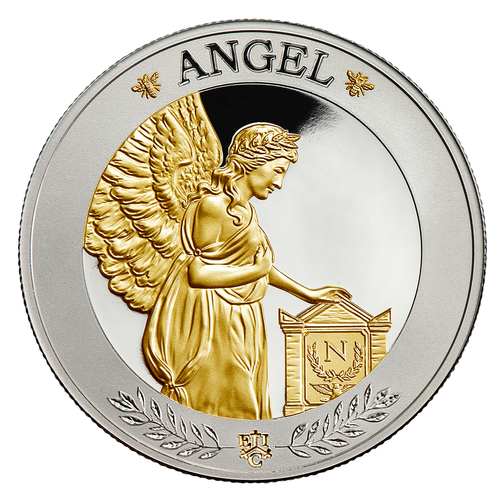 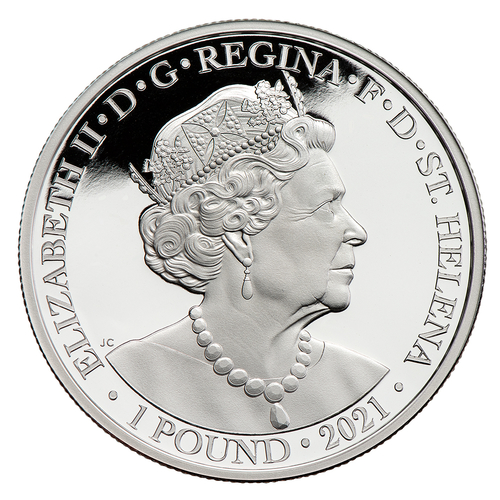 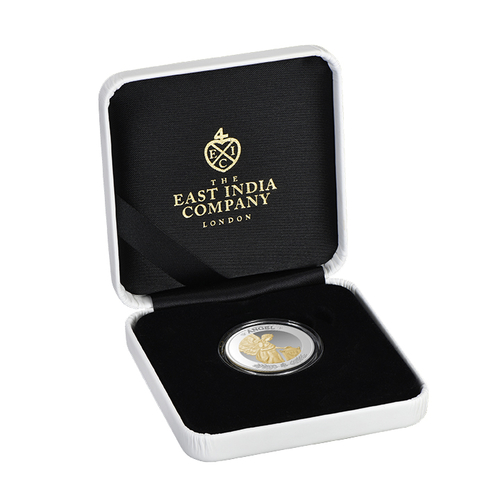 STRICTLY LIMITED TO ONLY 821 COINS WORLDWIDE

To mark the 200th Anniversary of Napoleon’s death, The East India Company is proud to pay tribute to his time on St Helena and the angels that protect his final resting place in Paris.

Napoleon Bonaparte famously built an Empire that spread across Europe before his final defeat at Waterloo in 1815, after which he was exiled to St Helena. He spent his final years there at Longwood House, where he died in 1821. He was buried under a willow tree in the garden with none of the fanfare he might have expected, a simple gravestone marking the spot. In his will he had expressed a desire to be buried in Paris, a wish that was finally granted in 1840.

Napoleon’s remains now lie in a tomb under the gold-plated dome at Les Invalides in Paris, his final resting place under the watchful gaze of 12 magnificent life-size angels, carved from stone and stationed by the pillars of the crypt.

As well as those 12 magnificent angels, this new coin design is inspired by the Napoleon Death Medal. It featured an angel draped over the Emperor’s tomb, both of which are reinterpreted on this limited edition 1oz silver Proof with selective gold plating which shows a peaceful angel beside Napoleon’s resting place. Much like the angels who look over his tomb in Paris, the angel holds a watchful gaze over Napoleon’s gravestone, which is inscribed with his monogram surrounded by a classical laurel wreath.

This limited-edition Silver Proof Coin is presented in a bespoke case along with a booklet and certificate of authenticity. It is the first in a series of coins which will be released annually, each featuring a different ‘Angel’ themed design