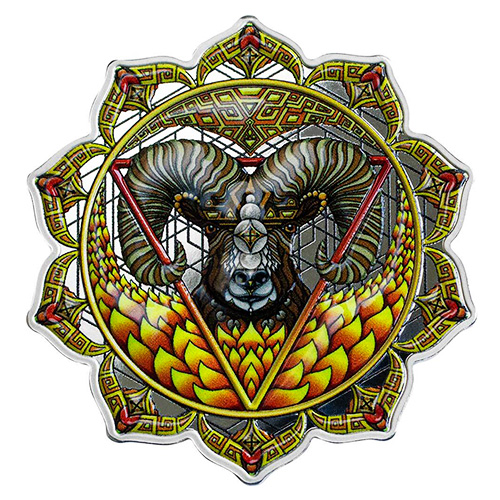 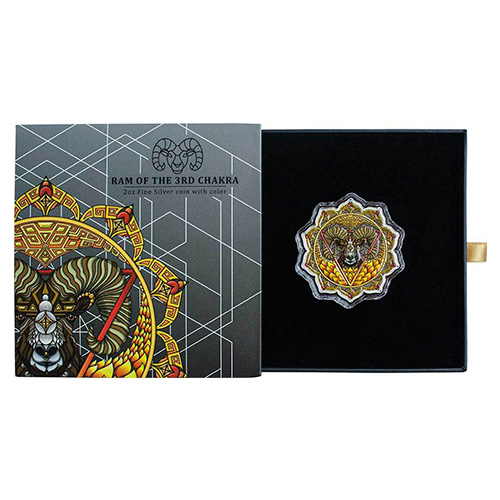 The second release in the series, this coin pays tribute to the Third Chakra which is located in the solar plexus. This chakra is said to represent the core of our personality, personal identity, and will-power. It’s depicted in vibrant color thanks to the creative mind of Boulder, Colorado-based artist Phil Lewis, who envisioned it as a powerful ram. In addition, the Seven Chakras coins are struck in the shape of a mandala, a geometric design used in various traditions as a spiritual guidance tool to focus the practitioner’s attention.  Thanks to this release in the Seven Chakras Series, you can get in touch with one of your inner states of being — but only if you act fast because these coins are extremely limited with just 1,500 available for the entire world!

Released on behalf of the Solomon Islands, a self-governing nation located in the South Pacific made up of nation of hundreds of islands, these legal tender $5 coins were struck by Switzerland’s Produits Artistiques Métaux Précieux — better known as PAMP Suisse, one of the world’s most trusted refiners and fabricators of precious metals. Each coin available here was minted in two full ounces of highly pure 99.99% silver. And, adding to the mystical nature of these coins, is the fact that they were struck as Reverse Proof coins. Unlike a regular Proof that feature frosted details rising over mirror-like fields, a Reverse Proof was crafted from hand-selected planchets, polished dies and multiple strikes to produce mirror-like details rising over beautifully frosted fields.