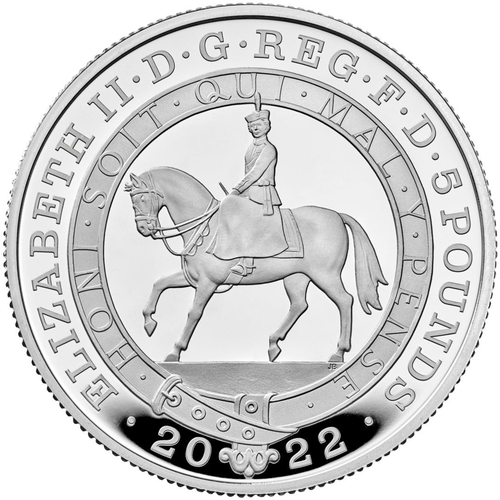 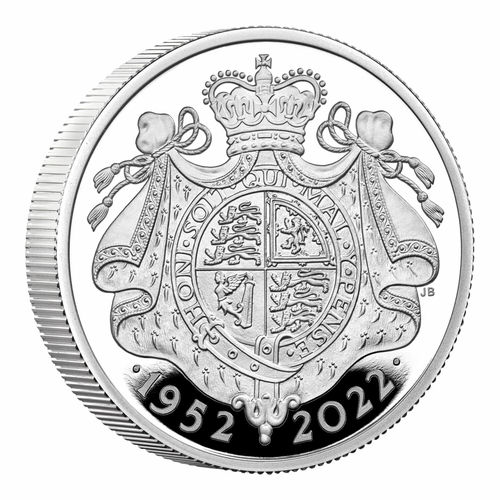 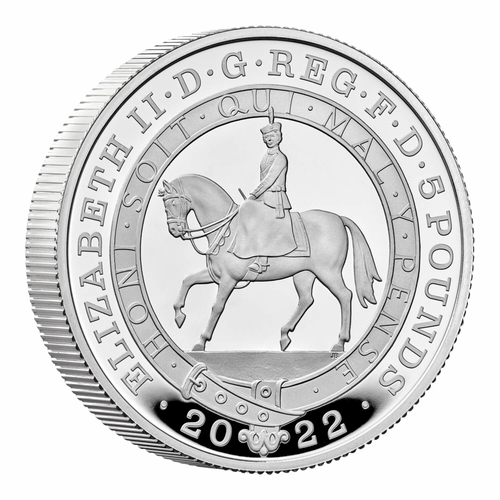 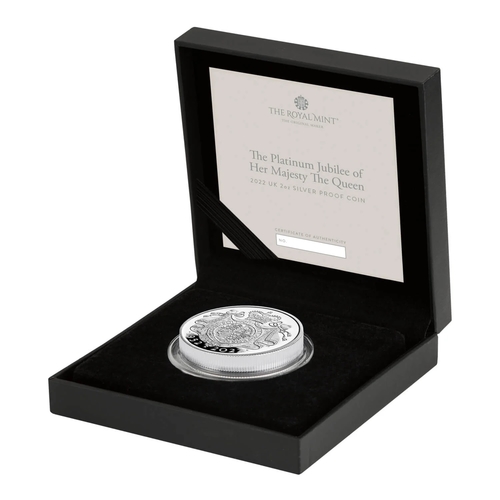 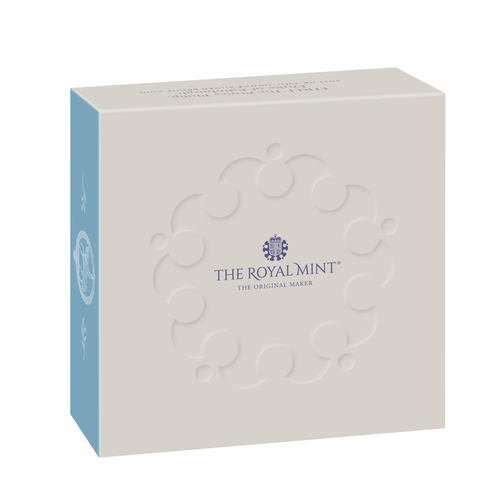 A once-in-a-lifetime moment celebrated in silver

The obverse of the coin shows the equestrian effigy of young Queen Elizabeth II at her coronation; her head is turned left, facing the viewer. Below right, the initials of the obverse designer, JB (for John Bergdahl).

The effigy is surrounded by the Garter of The Most Noble Order of the Garter, on which is inscribed the royal motto · HONI · SOIT · QUI · MAL · Y · PENSE · – in old French, “May he be shamed who thinks badly of it”.

At its centre, the reverse of the coin displays the draped Shield of the Royal Arms of the United Kingdom – quartered, depicting in the first and fourth quarters the three passant guardant lions of England; in the second, the rampant lion and double tressure flory-counterflory of Scotland; and in the third, a harp for Ireland. The drapery is inspired by the royal mantle, or robe, worn by Her Majesty at her coronation in 1953.

The shield is surrounded by the Garter of the Royal Order of the Garter, inscribed with the royal motto HONI · SOIT · QUI · MAL · Y · PENSE · (translated from Old French: May he be shamed who thinks badly of it), and is crowned with St Edward’s Crown.

In the right field, the designer’s initials JB, for John Bergdahl.